Seriously. I know the realists got the Iraq war right. That doesn't make every foreign intervention wrong. Now they are straight up carrying water for genocidal imperialists.

kEiThZ said:
Seriously. I know the realists got the Iraq war right. That doesn't make every foreign intervention wrong. Now they are straight up carrying water for genocidal imperialists.
Click to expand...

It's the "everything is a nail to hammer" school of IR.

I certainly don't agree with everything the author (Stephen M. Walt) wrote; but in looking at the comments above, I'm unclear on what basis they were made, as they don't seem to be reflected in the article itself.

Lets begin by directly linking to the piece in question: 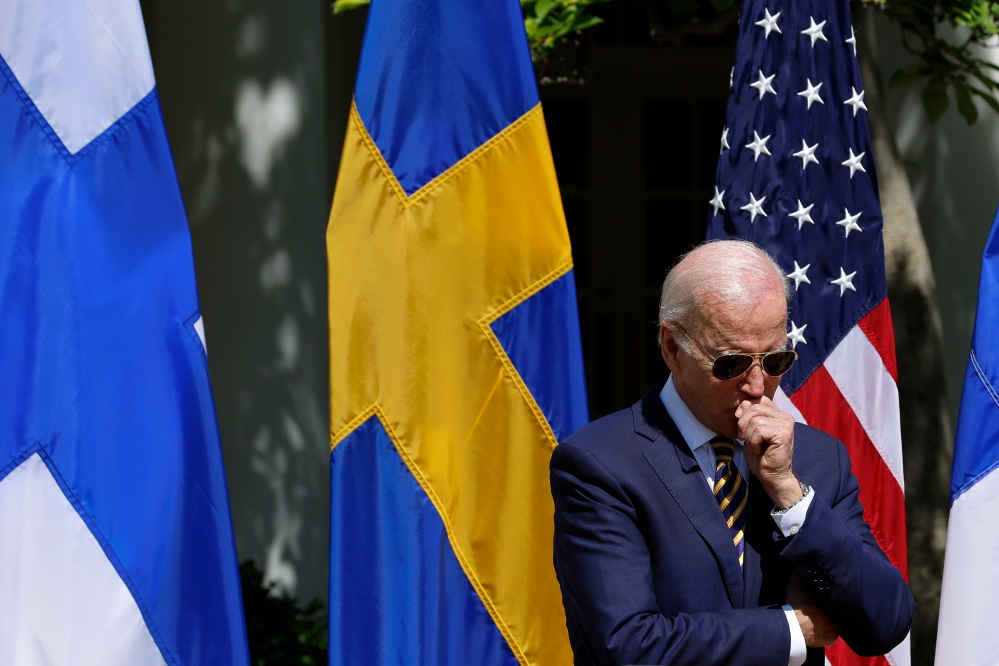 Russia’s Defeat Would Be America’s Problem

Victory in Ukraine could easily mean hubris in Washington.

In referencing a probable Ukrainian/Western victory, and the possible ousting of Putin:

He then goes on to outline his concerns:

If one reads the entire piece, I actually don't see any evidence of wishing defeat on Ukraine, or suggesting this campaign was a bad one.

The author clearly has a POV if you read his bio and published works, he's very much against U.S. Military adventurism in general, pro real-politik, and takes a view that the Marshall Plan is what
success looks like vs Iraq or Afghanistan.

Of course, the Marshall Plan arises out of WWII and that can hardly be ignored, but I digress, his broader view of 20thC history informs the author's POV but it is not central to his argument here.

Before returning to that argument, it is absolutely fair to point out, that this author was opposed in 2015 to any overtures from NATO to Ukraine, on the basis that it might provoke Russian invasion/broader war. I don't want the discussion of the current piece to be mired in a backward analysis of this fellow's every take, but I think it is useful to understand where he comes from on these things.

His overall thrust is simply that he's afraid that in victory, U.S. State Dept and DoD hawks will find an excuse for the next Iraq/Afghanistan/Syria; and try to use arguably the one great foreign policy/military success the U.S. has had in the last three decades to justify more intereventions that are less likely to succeed.

Given the track record of the U.S. on such matters, that hardly seems like a reach. Its not apologia for Putin, nor an argument against the campaign in Ukraine, but rather an argument for taking what the author perceives to be the correct lessons from same.

I'm not arguing for his overall piece, nor reviewing his previous treatises on the subject, simply advocating that his current thesis be accurately described.

Now I will extract from the piece his 'lessons' that he wants people take from this conflict:


"Lesson No. 1 is that threatening what a great power believes to be a vital interest is dangerous, even if one’s own intentions are noble or benign."

The above should be understood as his arguing that potential NATO enlargement was a possible/likely precursor to everything that has unfolded. I am not endorsing that position, merely putting out there the author's view.

He goes on to say in the context of the above "I’m not making an argument for appeasement, mind you, just issuing a reminder that ignoring what other great powers regard as vital interests is inherently risky."

"Lesson No. 2 is the danger of inflating threats."

This opens a line of thought that Russia engaged in 'preventative war' in Ukraine, by trying to preclude its joining the western sphere of influence. He then offers the obvious, that it failed miserably, and he therefore wants the U.S. to be reminded
not to similarly engage in 'preventative war' elsewhere.

He concludes this section by quoting Bismarck, who is perhaps the most early exemplar of Real Politik.

"which is why Germany’s Otto von Bismarck famously warned that preventive war was like “committing suicide for fear of death.” Future U.S. policymakers should bear this in mind."

"Lesson No. 3 (which Putin seems to have ignored) is simple: If you invade a foreign country, don’t expect a friendly welcome"

I think that one is fairly self-explanatory, so I will move on to his fourth lesson.

"Lesson No. 4 (also apparently discounted by Putin) is that outright aggression alarms other countries and leads them to take steps to counter it"

This leads the author to compare Putin's misestimatation of the west to that of Adolph Hitler; specifically, the west abiding the seizure of Czechoslovakia but then reacting to Poland in WWII and directly equating that to a the relatively muted reaction to the seizure of Crimea vs the wholesale invasion of Ukraine.

His principle summation is thus:

He then goes on to elaborate for a few additional paragraphs.

Touch Ukraine and Luka gets it!

LOL. Somebody messed up in this exercise....

Richard White said:
True but the winds of change are blowing. At some point he may lean too far out a window.
Click to expand...

On what do you base your assumption that the winds of change are blowing in an anti-war direction? All signs seem to point to the exact opposite thing.

So, what changes now? 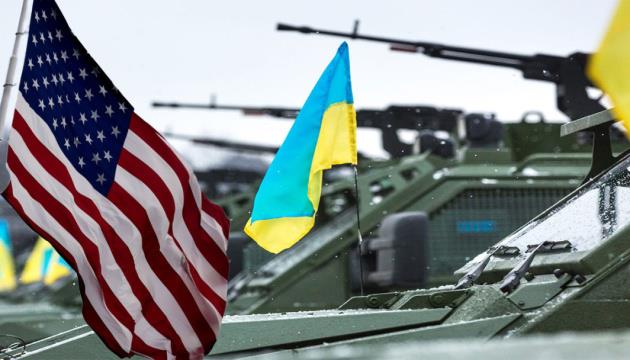 U.S. Law On Lend-Lease For Ukraine Comes Into Force

On Saturday, October 1, the law of the United States of America on lend-lease for Ukraine entered into force. <p>Chairman of the Verkhovna Rada Rusla

Admiral Beez said:
So, what changes now?
Click to expand...

Biden gets the authority to send anything he wants from the American arsenal. No need to ask Congress for permission or funding.

Russians are about to find out why America doesn't have universal healthcare....

Oh how I wish Russia had a leader like Boris Yeltsin. For all his faults Boris was good for a few laughs.

kEiThZ said:
Biden gets the authority to send anything he wants from the American arsenal. No need to ask Congress for permission or funding.

Russians are about to find out why America doesn't have universal healthcare....
Click to expand...

He probably won't send anything major.

Maybe just some Javelins or something. I can't see him sending B-2s or Tomahawks.

What about tanks? Abrams are too complicated, Leopards are blocked by the Germans. I assume Arietes, LeClercs and Challengers are off the table. Does the US have a stock of refurbished M60 tanks? Otherwise it looks like more T-72s to be scrounged up from across Europe and maybe Asia and Africa.

Hmmm….. there’s always some outliers that the US could negotiate. South Korean tanks to Ukraine via Poland?

Poland is buying almost 1,000 tanks, more than 600 pieces of artillery and dozens of fighter jets from South Korea, in part to replace equipment donated to Ukraine to help Kyiv fight the Russian invasion, the Polish Ministry of Defense told CNN on Tuesday.

The K2 looks impressive. Same ammo as the Leopard 2 and Abrams, so easier ammunition supply.
https://twitter.com/AdmiralBeez
Trending #BlockedInToronto on Twitter.

Maybe just some Javelins or something. I can't see him sending B-2s or Tomahawks.

@kEiThZ are GLCMs tipped with a W84 still banned?
Click to expand...

Military aid for Ukraine will continue to ramp up. Biden will send everything that has already been sent and more.
K

You are massively underestimating the options Biden has.

For example, while HIMARS has gotten a ton of public attention, the HARMs sent to Ukraine have been equally gamechanging. It's not always systems most people think are most obvious. And that's all aside from the fact that apparently Ukraine can order off the secret menu. We are about to see the "Arsenal of Democracy" in action.
K

Not sure. Technically legal with the end of the INF treaty. Whether or not this is now part of American nuclear employment doctrine..... unlikely most Canadians will ever know. Maybe if one of us ends up a two leaf on exchange at EUCOM. Even then, not sure.....

kEiThZ said:
Not sure. Technically legal with the end of the INF treaty. Whether or not this is now part of American nuclear employment doctrine..... unlikely most Canadians will ever know. Maybe if one of us ends up a two leaf on exchange at EUCOM. Even then, not sure.....
Click to expand...