Could have gone with a RAISED cycling/pedestrian crossing, but the automobile is king so we can't do that. The crossing is in a hump, which forces the motorists to slow down. 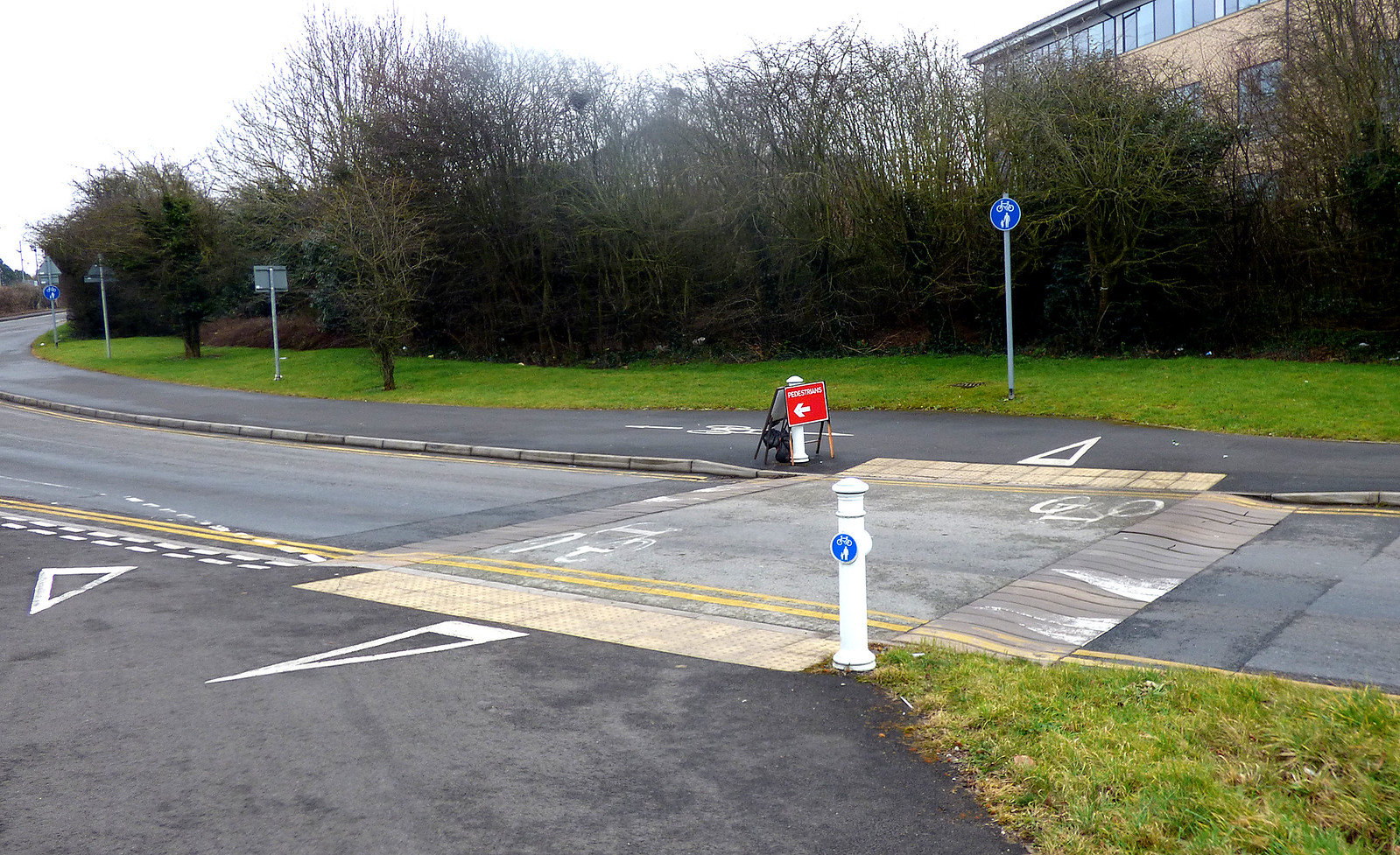 No pictures, but the separated bike lanes on Steeles between Midland and Kennedy are now open.
A

Am I making this up, or is there a near-ish term plan to redo St. George/Beverley on the City's docket? Couldn't find anything on the cycling unit website, but am vaguely recalling someone -- maybe @insertnamehere or @Northern Light -- posting links to some sort of City construction contract planning site?

Asking because yesterday I encountered literally *twelve* cars parked in the bike lane between Bloor and Queen (as is probably about the average for that stretch), and so just have to get myself involved in any upcoming design work.

Montreal Mayor Valerie Plante has unveiled her new four-year bike plan for the city. Spurred by a rise in the number of cyclists on roads this summer, Plante's "Vision vélo" promises to expand a safe cycling network to every corner of the island between 2023 and 2027.

Under the plan, 17 of 19 boroughs will get new or upgraded bike paths. At least 200 km of new bikeways will be added to the existing network over the next five years, including 10 new Réseau express vélo (REV) routes. The REV paths will make up about 60 km of the planned paths.

"The success of REV Saint-Denis has shown the importance of developing safe bikeways that benefit cyclists, pedestrians and business owners alike. We cannot compromise on the safety of children and seniors residents, who are overrepresented in road deaths," said Plante in a release, noting that bike trips in Montreal went up 20% in the past year.
Click to expand...

"When is the Vision on the quality of our pavements?" one commenter tweeted in response.

The plan follows a recommendation from Public Health to develop the Montreal cycling network in less accessible neighbourhoods.
Click to expand...

The main parts of Plante's "Vision vélo" include:

Plante said the goal is to get Montrealers biking more every day.
Click to expand... 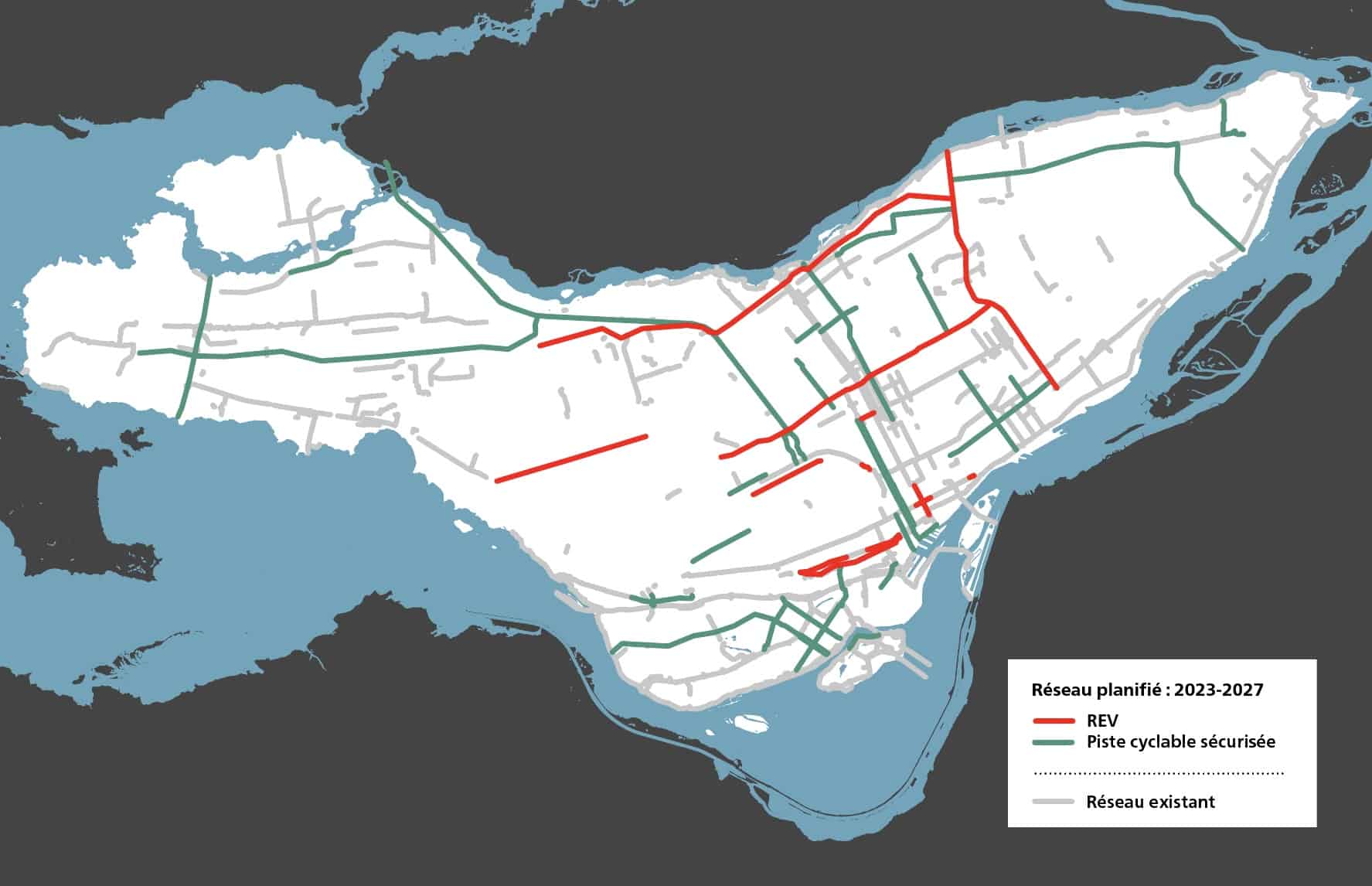 Meanwhile Toronto has barely made any progress on their 2012 plan. robmausser said:
Meanwhile Toronto has barely made any progress on their 2012 plan.

The map above only shows the multi-use segments; though yes, it has dragged some, as did many of the Cycle Track/Bike Lane projects until about 2020 when stuff started to move apace.

You'll be happy to know several of these should see work done in 2023 (next year) assuming no draconian/unexpected cuts to the cycling budget.

*fingers crossed* but this should be a banner year for cycling projects in Toronto.

I have the preliminary list, but I don't want to get people's hopes up too early, there's a budget process to get through, and agencies like HONI and Mx who are royal pains and hold things up needlessly with remarkable frequency.

The Economist in the 26 November issue (I am running late!) has a piece on useful ideas in one European country that should be copied elsewhere. Here is one on cycling:

"Next, consider the Dutch approach to bicycles. Dollops of funding on bike-friendly infrastructure makes pedalling safer in the Netherlands. So does an inventive rule, codified in 1994: in a collision between a car and a cyclist, motorists are assumed to be at fault unless they can prove otherwise. Only truly reckless cyclists are made to share the blame. Dutch drivers thus treat bike-riders as if they were carrying an infectious disease, giving them the required wide berth. Better yet, whereas motorists in other countries furiously object to new cycle lanes, Dutch ones welcome them, since segregating two-wheelers reduces the chance of a costly accident. Rates of cycling in the Netherlands have increased sharply—and deaths-per-mile-pedalled have plummeted."

As someone who mostly drives but occasionally cycles, I agree separate lanes for bikes are needed as much as possible. And ideally not just paint on the road.

Uber and Lyft need to take responsibility for all of their drivers in the bike lanes. Any driver who pulls into a bike lane should be penalized by Uber and Lyft. And that in a city much colder and snowier than Toronto.
B

Yup, Montreal immediately shuts down all of Toronto's tired excuses of "it's too cold / there's too much snow / it's too hilly" to create and maintain cycling infrastructure. They also crush our daily numbers with Bixi according to the BikeShare bot accounts (Montreal vs Toronto) - 50K trips per day in summer compared to our ~30K. Tourists actually use Bixi; imagine the same thing happening here and the average visitor struggling to figure out a safe and continuous path to get where they're going? It's a sad state of affairs.
You must log in or register to post here.
Share:
Facebook Twitter Reddit Pinterest Tumblr WhatsApp Email Share Link