Quick google search reveals Old Oak as the developer. All of their projects are in London, but with this tower they are definitely taking their cues from Toronto.
...
S

Downtown London`s population is soaring and was already fairly populated to begin with. London with only 430,000 currently, in the immediate downtown alone, has 22 buildings over 15 stories and there are currently a 38, 35, 32, 32, 31 ,29 ,24 in various phases of construction including the one you just showed and a plethora of proposals. There are also many towers already built and under construction on the periphery of the downtown. This is especially true in Old East, Richmond Row, SOHO, and Old South.

Remember with these new condos and apartments come not only more people but more importantly more high income ones. These are people with high discretionary incomes to support all the downtown businesses and with their high incomes comes more political power at City Hall which will result in even more city largess going to the core.

This thread gives me an excuse to shamelessly plug my London future skyline rendering. Please note that it does contain some stale proposals. However, many of these are under construction or are already built. I also haven't even modeled many of the towers proposed or under construction outside of downtown. There's going to be a lot happening to this downtown core and surrounding areas over the decade, and it will be very exciting to see. 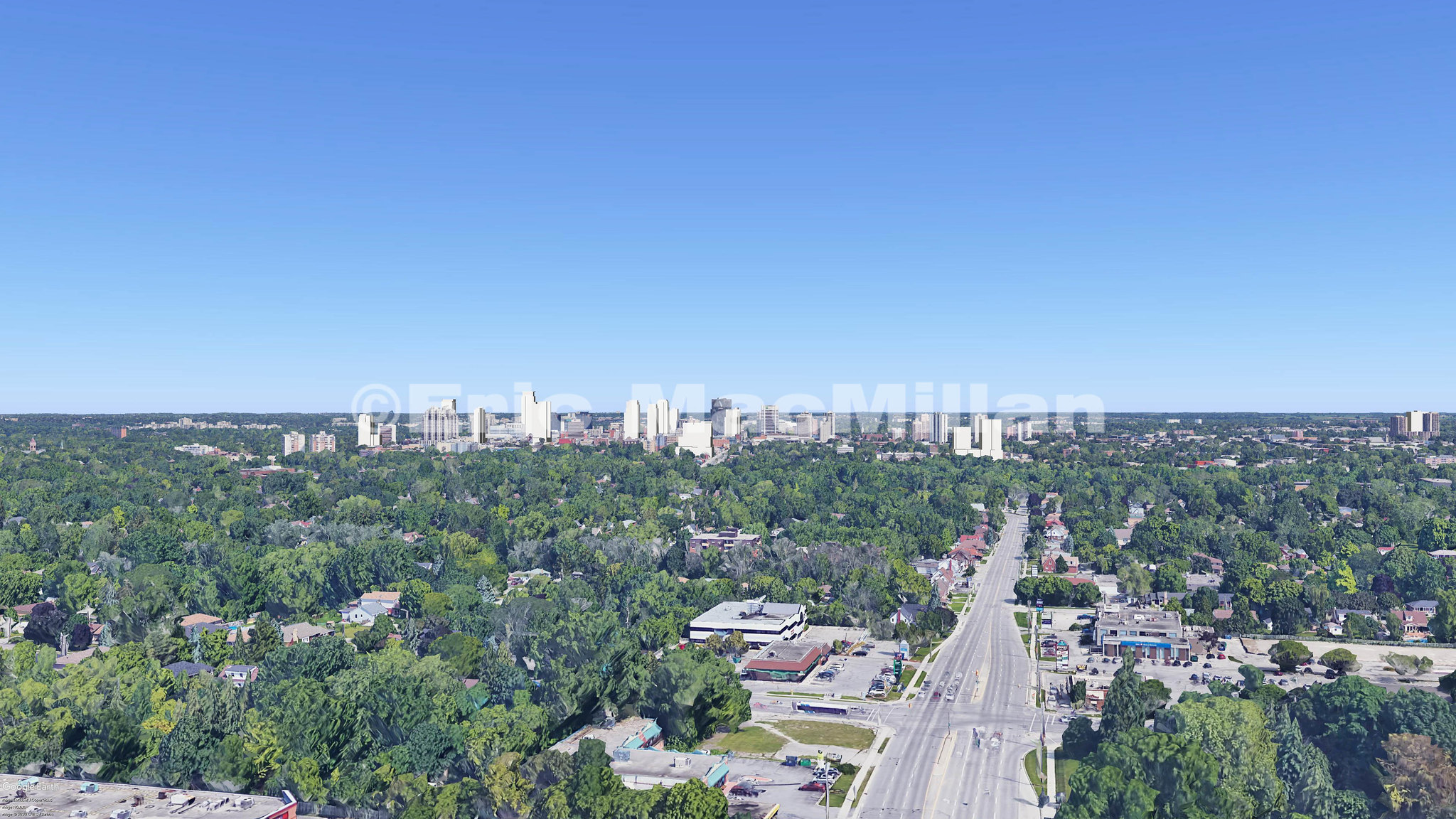 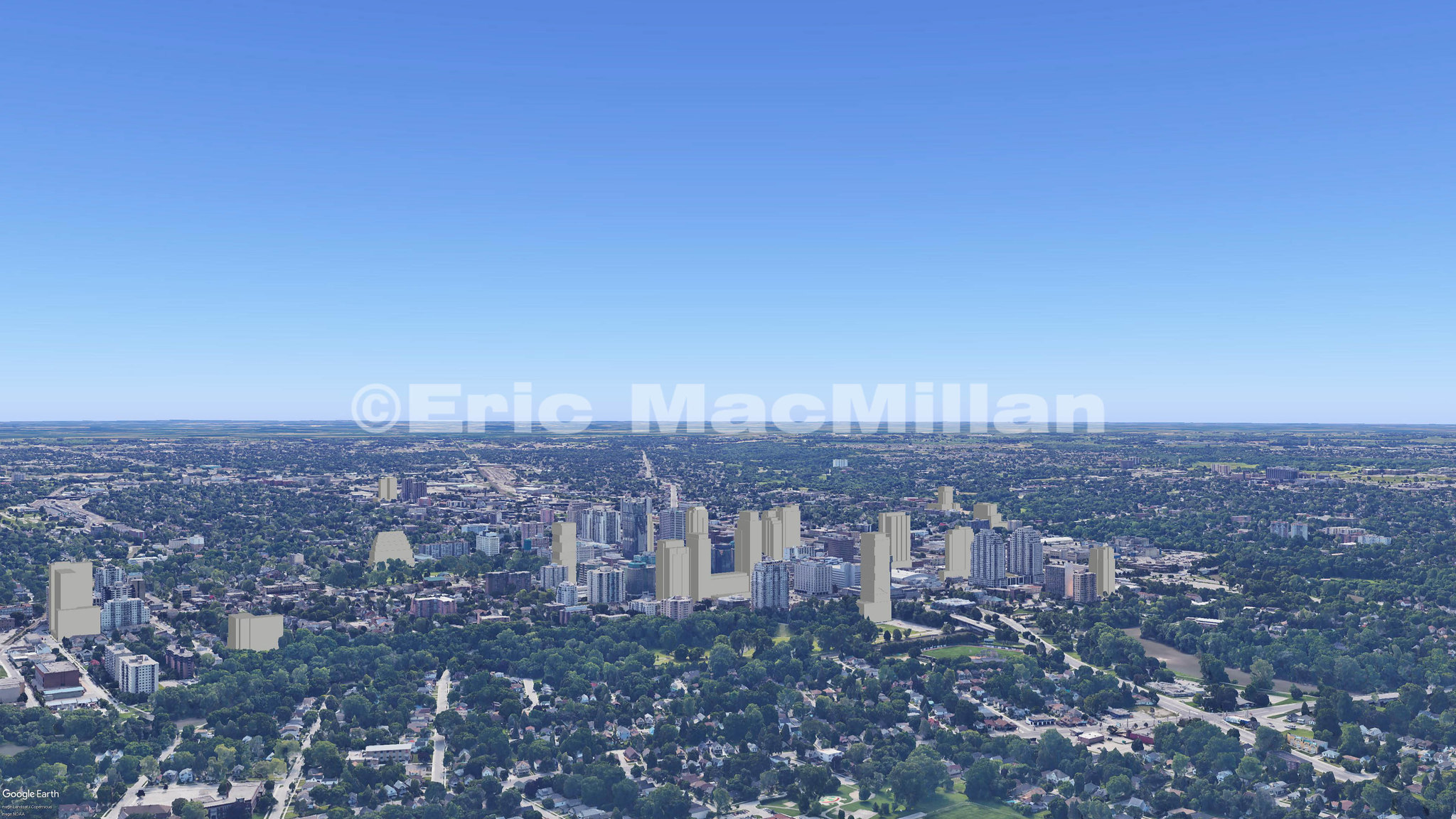 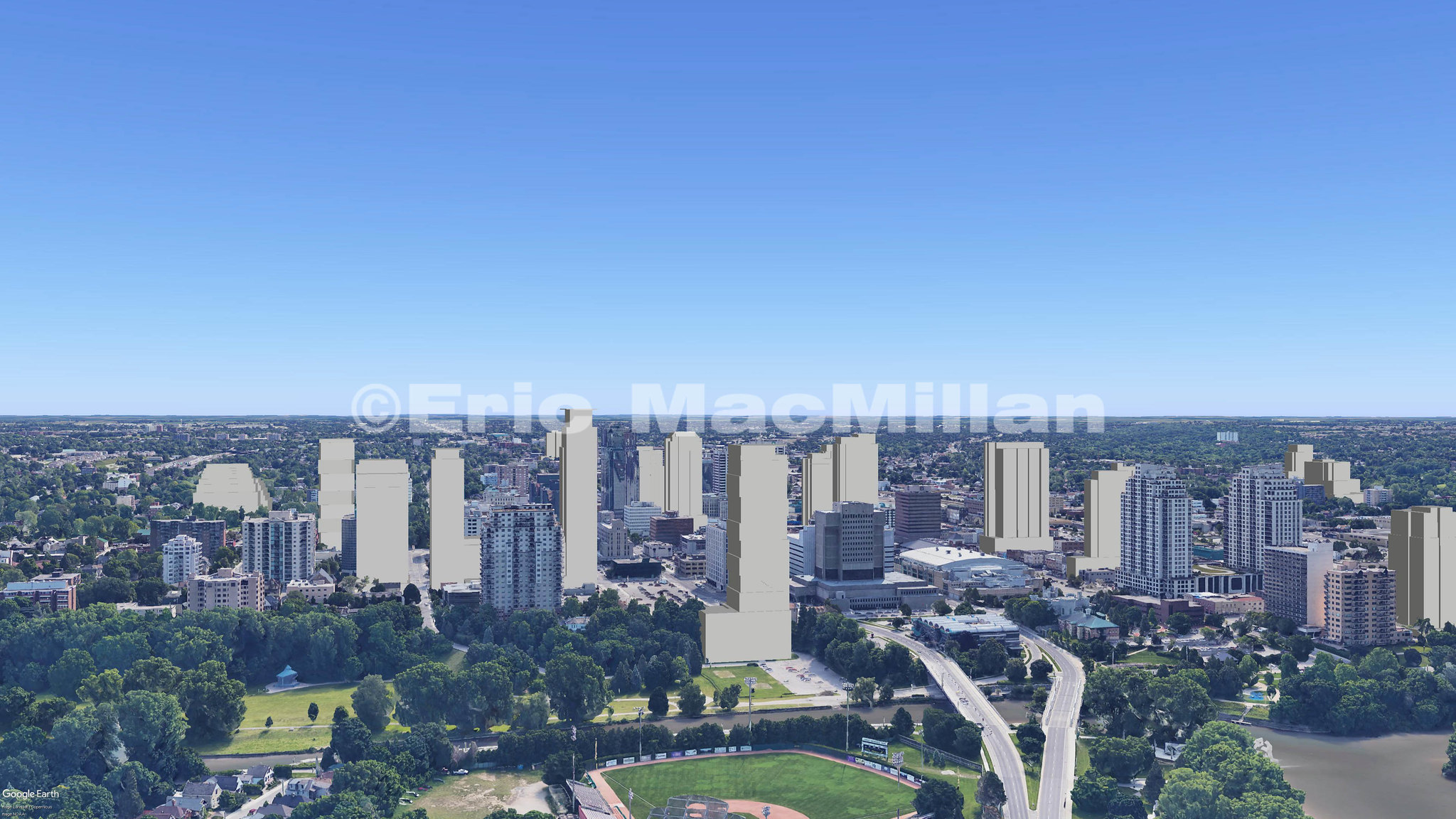 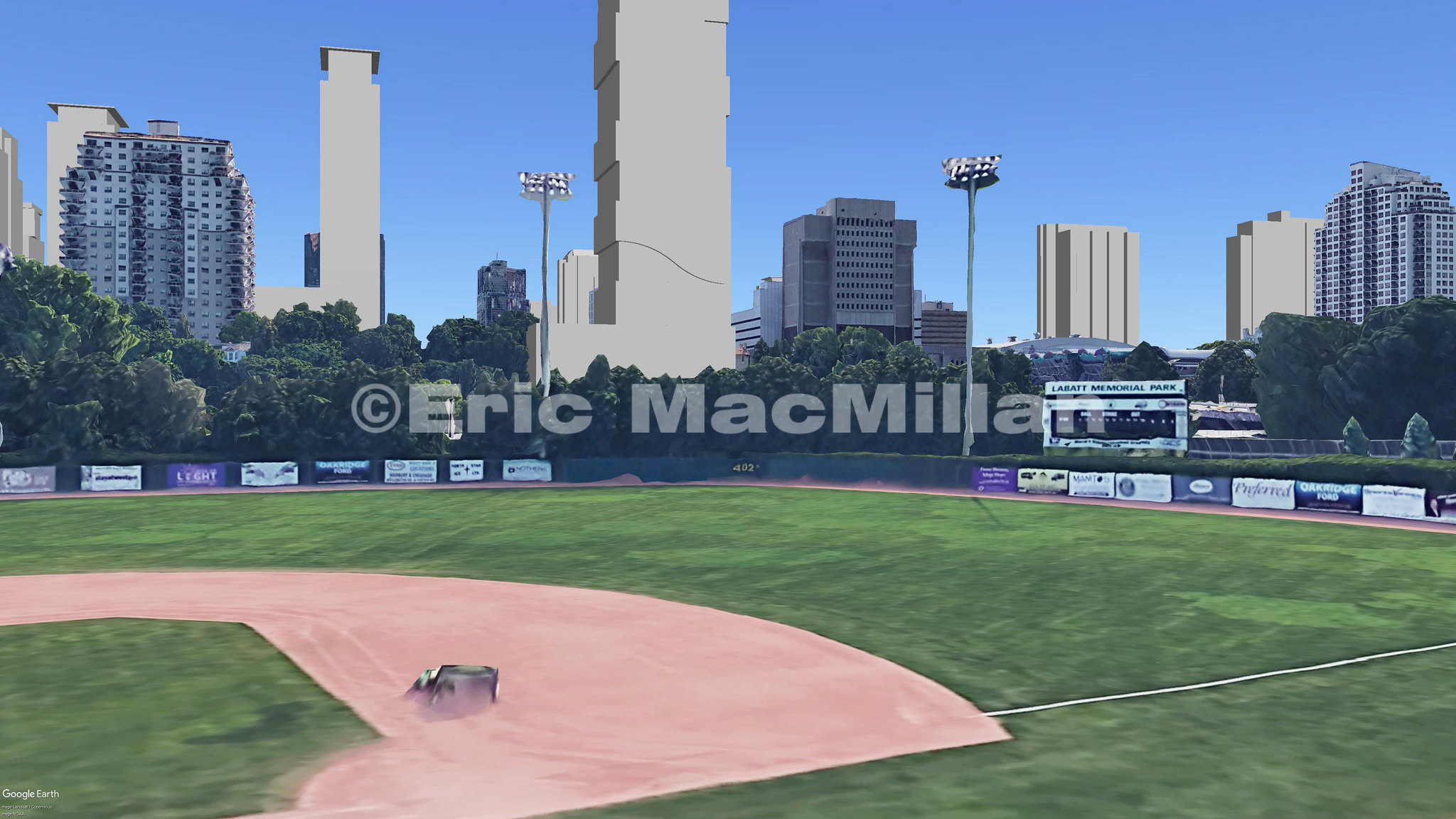 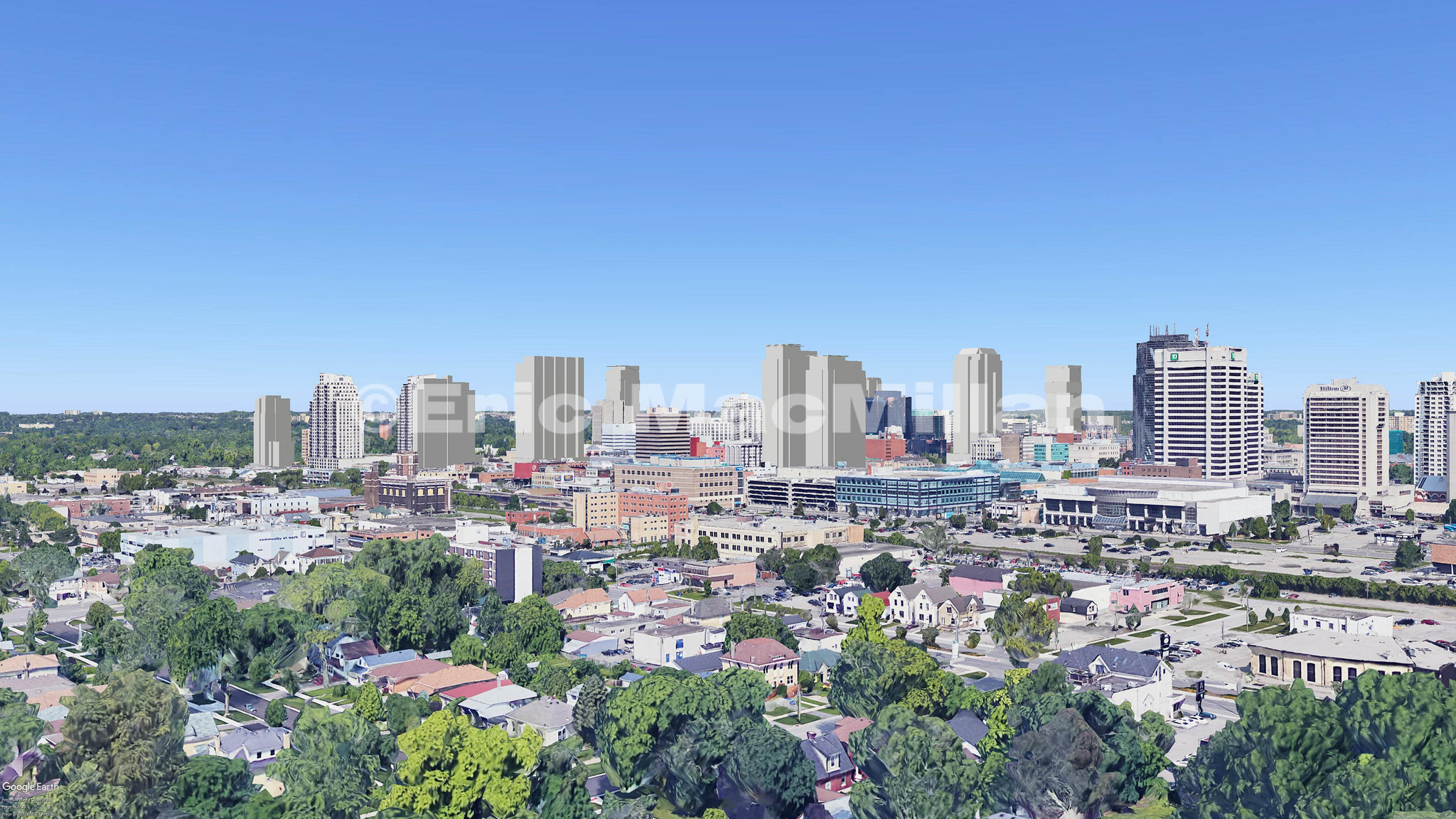 London Watermarked V4-5 by Eric MacMillan, on Flickr
Opinions expressed here are solely my own, and do not express the views or opinions of my employer.

I was in downtown London this week. It was so empty, no people, other than homeless people. I can't see these stores and restaurants surviving covid .
S

Unfortunately it's like that all over the country and especially with the 2nd wave. The longer this goes on, the more small businesses will close down. All the government help with wages, rents, taxes etc in the end don't mean anything if you don't have any customers. The big chains will do fine but it's the small individual shops that are predominant in the downtowns that will pay the heaviest price.

gabe said:
I was in downtown London this week. It was so empty, no people, other than homeless people. I can't see these stores and restaurants surviving covid .
Click to expand...

I was downtown a couple of weeks ago, during a weekday, and I had a totally different experience. There were people everywhere - Victoria Park and the Covent Garden Market were all quite lively. Even just walking up Richmond Row and into downtown, there were plenty of people hanging out and going to restaurants. Way livelier up in London than it is down here in Windsor.
Opinions expressed here are solely my own, and do not express the views or opinions of my employer.

Richmond Row always had more life than Dundas, due to the fact that it has places students want to go (bars).
S

It has been trending this way for 40 years. Dundas was always THE street in London and the city's unquestionable "main drag". Since the early 1980s that started to change and by the 90s, Dundas was in full retreat and Richmond had become the city's premier shopping, restaurant, and entertainment street. This was the point of Dundas Place, to try to bring back Dundas to it's former glory.

They did a great job on Dundas Place but after nearly 18 month of construction, it was finally completely opened early this year...........just in time for COVID. For many Dundas retailers it has truly been a double whammy. It's also made more difficult by all the new apts/condos going up in the Core {Londoners don't usually call it downtown but rather "the Core"} right now and the beginning of the downtown BRT system construction makes for a real challenge.

London was unusually overmalled for a Canadian city of its size: Wellington Place was first - a small downtown mall anchored by Eatons and opened in 1960 - but it was followed by White Oaks, Masonville Place, Westmount, and smaller community malls like Argyle Mall and Sherwood Forest. And then Wellington Place was almost quadrupled in size to become London City Centre, adding The Bay (which moved in from the Simpsons building at Dundas and Richmond).

For a city with less than 300,000 in the 1980s, that was way too many malls, even with London's status as a major regional centre. Then came the 1990s big box boom. Of course downtown - with its paid parking - was going to be hit hard.
S

London had so many malls in the 1980s & 90s it was truly ridiculous. Most have now closed, repurposed, or been renovated more into big box shopping areas. Westmount, once London's biggest mall is mere shadow of it's former self. The downtown Galleria which had become nearly vacant after Eaton's closed has been totally repurposed having movie theatres, Fanshawe and Western campus, the London Health Unit, smaller offices, foot court for the nearby office workers, and especially the Central Library.

Due to COVID, downtown parking is free in London but when COVID is gone, parking will again be paid and London's downtown can't compete with that. The City knows this which is why it has NOT been courting large retailers in to the city centre. It has purposed itself into a place where you can get what you can't get in the suburbs............great restaurants, unique shopping, entertainment, and a unique urban experience. By doing so, it has resulted in the malls and big box stores NOT being competition no matter how many are built. The mantra has not been "if you can't beat them, join them" but rather "if you can't beat them, don't bother trying".
H

I always considered the London from Ontario so weird. My dad is English, and my mom is Canadian, so whenever we would visit the cities when I was a kid, I used to get very confused. I also know that the London in Ontario is set upon the River Thames, which I find super weird.
You must log in or register to post here.
Share:
Facebook Twitter Reddit Pinterest Tumblr WhatsApp Email Share Link