I am always amused to see Councill approving By-Laws based on years-old decisions by community councils, committees or Council itself. This is one of the oldest I have seen recently:

Not quite sure how they find that these old decisions were forgotten (or not properly confirmed), maybe someone fought a parking ticket and won because the by-law had not been passed!

rbt said:
I'd even argue that parking lot area around commercial should automatically receive a 4 to 6 floor-area-ratio residential zoning. The commercial building space should be protected (by default, variance applications allowed).
Click to expand...

Agreed. IMO, the commercial parking can be kept, but integrated into new mid ride residential buildings. Same should be for the GO Train stations in the suburbs, they should all have housing at the station and parking below. So people can walk to the trains and go to work without driving. Most train stations I’ve been to around the world have housing right up against the tracks. As a train fan I support this.
https://twitter.com/AdmiralBeez
Trending #BlockedInToronto on Twitter.

I was cheering for the coyote!

Toronto police have put down a coyote that attacked two people in a Toronto park over the weekend.

The coyote bit the people at Bayview Village Park. Police tweeted that the animal was acting aggressively and advised residents to avoid the park and be cautious in the area.
Click to expand...

“On arrival, it was determined the coyote was believed to be the same one that had attacked two people this weekend. There were concerns the animal would continue to roam and from a public safety standpoint, a decision was made to put the animal down,” the spokesperson said in an email.
Click to expand...

The animal was reported to police near Hollywood Public School in North York.

Police attended the scene and shot and killed the animal near the school. They worked with the school to make sure that no children saw the animal being killed.
Click to expand...

Toronto City Council today approved one of Mayor John Tory’s key items – a sidewalk snow clearing plan that will expand the City of Toronto’s existing program to all Toronto neighbourhoods, improve safety for residents in winter, provide more equitable snow clearing service to all areas of the city, and support improved accessibility in winter.

The City will now finalize plans to purchase new equipment, including the necessary smaller sidewalk plows, to expand the service to all 7,300 kilometres of sidewalks in Toronto starting in December.

The decision by Toronto City Council was informed by data and information collected through a successful snow clearing trial as well as a comprehensive sidewalk inventory which took place over each of the past two winter seasons. The City purchased nine new, smaller plows in 2019 and tested the equipment on nine routes totalling 231 kilometres.

More about winter service delivery in Toronto is at toronto.ca/snow.

“This will be a good service that we will provide to every resident and it came about in the right and responsible way. The report shows that the pilot we launched in 2019 worked and we found equipment which can do this efficiently and effectively. Council’s approval today will ensure we can provide sidewalk snow removal across the city starting this winter.”


“This plan will see all 7,300 kilometres of sidewalks in Toronto cleared of snow and ice which means that people of all abilities, in all Toronto neighbourhoods, can now be assured that public sidewalks will be safer for them starting as soon as this winter.”


“We are finally addressing the inequity in sidewalk snow clearing service that the residents and neighbours of the East York and the Beaches communities have endured for years. It’s good news for many that, as soon as this coming winter, action will be taken to make our sidewalks safer when it snows outside.”


“Falling snow has always been a cause for concern among those who live in York South-Weston because it limits how people walk and travel around the community and means more slips and falls for many. I am glad the City’s sidewalk snow clearing program will be expanded to keep people safe and deliver a more equitable service in our community.”


Toronto is home to more than 2.9 million people whose diversity and experiences make this great city Canada’s leading economic engine and one of the world’s most diverse and livable cities. As the fourth largest city in North America, Toronto is a global leader in technology, finance, film, music, culture and innovation, and consistently places at the top of international rankings due to investments championed by its government, residents and businesses. For more information visit the City’s website or follow us on Twitter Will be waiting for the sidewalk plows on my sidewalk 24 hours after snowfall ends. No plows after 48 hours, expect a call from me on 3-1-1.

Note to others who park their cars blocking the sidewalks resulted in detours, you can get a ticket ($150+). From link.

Parking offences that do not require signs: 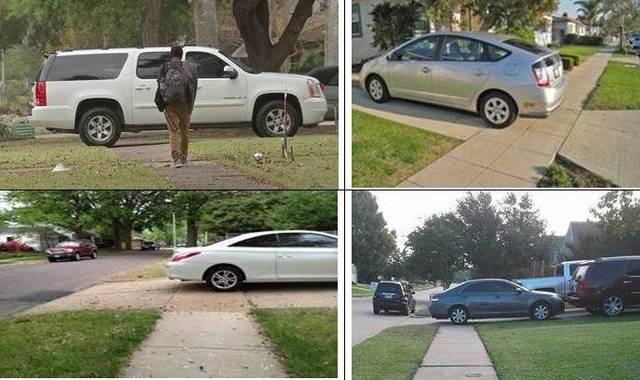 So, the City is still not quite ready for winter sidewalk maintenance, this is going to be fun as many private businesses, condos etc, have already cancelled their own private services based on earlier City announcements!

The City continues to deliver one of the most comprehensive winter maintenance programs in the world and remains committed to expanding and improving sidewalk winter maintenance. Once the program is fully expanded, expected by later this winter, Toronto will become the third major winter city in North America to employ a city-wide mechanical sidewalk snow clearing program.

Over the summer, following a two-year sidewalk clearing trial, City Council approved the expansion of the City’s existing mechanical sidewalk snow clearing service by nearly 1,100 kilometres, to cover most of the 7,300 kilometres of sidewalks in Toronto using smaller plows, starting this winter season. This expansion includes the purchase of additional new, smaller plows, which will be delivered in December, January and February.

Despite global supply chain and market factors due to the COVID-19 pandemic, the City has been working diligently through the procurement process to ensure delivery of the new machines for this winter. All the plows are currently on track to arrive throughout the 2021/2022 winter season to fully expand sidewalk snow clearing service.

The City expects to have as many as 34 new machines operating on public sidewalks, as part of the expansion program, by mid-December (including nine machines that were purchased as part of the two-year trial). The balance of the new equipment (approximately 25) is expected to arrive in Toronto ready to be deployed between January and February 2022.

Expansion of the service was informed by data and information collected through a successful snow clearing trial, as well as a comprehensive sidewalk inventory which took place over two winter seasons. The City purchased nine new, smaller plows in 2019 and successfully tested the equipment on nine routes totalling 231 kilometres.

Between December and March, a combination of City contractors and City staff clear public sidewalks in Toronto starting at two centimetres of accumulation. The City provides a program for seniors and people with disabilities to have sidewalks cleared in front of their residence, which will be provided again this winter.

While the sidewalk clearing service is expanded over the winter, the City continues to ask residents and business owners to be good neighbours when it snows and clear the sidewalk around their homes and businesses following each snow fall.

More about winter service delivery in Toronto is at www.toronto.ca/snow

Today, the City of Toronto launched a new online Application Submission Tool, as part of improvements being introduced to the development review process by the Concept 2 Keys (C2K) program office.

Created in 2020 to implement recommendations in the City’s End-to-End Review of the Development Review Process, C2K is transforming development review from pre-application consultation to occupancy by reimagining organizational structures, processes and technology. Improvements to the development review process will play a vital role in supporting affordable housing and Toronto’s post-pandemic economic recovery.

Members of the development community helped the City test and refine the tool, by using it to submit affordable housing applications prioritized as part of C2K and development applications in the Etobicoke York District.

Information about C2K and the End-to-End Review of the Development Review Process is available at www.toronto.ca/c2k.

City Council direct the Chief Planner and Executive Director, City Planning and the Executive Director, Transit Expansion Office to report back on the recommended schedule and funding requirements for the Union Station to Queens Quay Link and the East Bayfront Light Rail Transit section of the Waterfront Transit Network, including phasing options and an updated business case, as part of an update on Waterfront Transit Network priorities prior to the 2022 Budget process."

Unless I don’t understand something, doesn’t this mean that those buying market value condos will now also be covering a portion of the cost of someone else’s now affordable condo? If I’m right, then new condo buyers will now be disproportionately financing Toronto council’s affordable housing initiative.

Wouldn‘t the smarter move be for the city to buy those units and add them to the TCHC inventory and thus not saddle new home buyers with what‘s essentially a new levy?
Click to expand...

Your right, it doesn’t make sense at all, especially capping increases at ‘inflation’ when its obvious that asset inflation way outstrips CPI. A few decades down the line these units could easily be a quarter of the price of the other units in a given building. Giving whoever gets them a massive windfall. It’s effectively a second, more bureaucratic, OLG lottery system run by the city instead of the province. And make no mistake whoever gets these units are effectively another privileged class, by luck instead of whatever the market rewards. There may be an argument that it’s ‘fairer’, but I highly doubt the people of the future, who lose at the lottery, will view it that way when they have to pay 4x the price for almost the same thing next door.
J

Melvin Douglas Lastman (AKA Mel "Bad Boy" Lastman) was definitely a much better Mayor of Toronto than Rob Ford ever was. He was also a good Mayor of North York.

His insistence on tax freezes for his entire mayoralty helped bring the city into the mess it’s now in. The MFP computer contract was under his watch. He was casually racist (but, at least, he gave the IOC an excuse to award the 2008 games to Beijing).

His insistence on tax freezes for his entire mayoralty helped bring the city into the mess it’s now in. The MFP computer contract was under his watch. He was casually racist (but, at least, he gave the IOC an excuse to award the 2008 games to Beijing).
Click to expand...

While that controversy didn't help, they were always gonna get the games anyway, no matter what.

His insistence on tax freezes for his entire mayoralty helped bring the city into the mess it’s now in. The MFP computer contract was under his watch. He was casually racist (but, at least, he gave the IOC an excuse to award the 2008 games to Beijing).
Click to expand...

He was also heavy push for the Sheppard Line, which was nearly shut down for underuse and continues to drain funding away from other TTC needs.

zang said:
He was also heavy push for the Sheppard Line, which was nearly shut down for underuse and continues to drain funding away from other TTC needs.
Click to expand...