Hope \"Broadeves\" is correct about the temporary glazing here. Definitely not what is shown in the renderings, but still, that must of cost a few bucks putting that size and \"reasonable quality\" (but not for the status of this condo) of glazing on the whole long stretch of this building. Took some close pictures. Brief mention in this article:

Devron and Constantine Enterprises Inc. want to build a multi-storey condo at 1140 Yonge St. that Safapour said is “rooted in the heritage” of the Pierce-Arrow automobile showroom built on the site in 1930.

The vision is for the building to have larger units that will work well for downsizers from surrounding upscale neighbourhoods.

“We’re making progress with stakeholders on the zoning side and we hope to be in a place where we have more concrete updates in the next month,” said Safapour.
Click to expand... 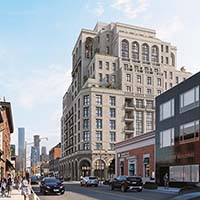 Devron has acquired its latest condominium development site in Toronto’s gentrifying Weston Village neighbourhood. The newest addition to Devron’s property portfolio is a 0.95-acre site at the corner of John and South Station Streets in the former city of York.

Northern Light said:
See the Arches with glazing is nice........I'm not keen on what they chose though. Doesn't give a heritage feel, doesn't seem compatible w/the rest of the building, frankly, looks kinda cheap. (though I imagine it wasn't)

Edit to add: @ProjectEnd actually posted a photo of the historical look here. Definitely not a match.

I would hope that HPS insists on the replication of the original glazing in the new building (notwithstanding what the applicant is showing in the renderings).
X

Judging from the rendering, it looks like this is a temporary thing for the sales centre.

I assume they want the sales centre to be presentable, without breaking the bank before the majority of the units have sold xy3 said:
Judging from the rendering, it looks like this is a temporary thing for the sales centre.

I assume they want the sales centre to be presentable, without breaking the bank before the majority of the units have sold
Click to expand...

Understood but the marketing renderings themselves show no intent to replicate the original glazing: I see what you mean but Im just thankful they didnt opt for modern picture windows. Settlement offer was made, and so far as I can tell, adopted by Council.

From the settlement offer: There's a bunch more, but most would not be particularly of interest here....... The height reduction is a substantial loss, thanks to a small vocal group of spoiled babies.

The higher end quality project gets a height chop while the mid market quality block busting project, 20 scrivener square; will dwarf it in scale.
L

It’s a beautiful yet squat building as opposed to the many tall and bland buildings going up.

I suppose the materials for the heritage portion are enough of a difference from the rest of the structure that is doesn't get lost entirely once this is completed. Which was my only real quibble with this...outside that I'm not really into Stern'esk type goth buildings to begin with.
Quadruple "A" geek: Architecture, Azeroth, Anime, Aphex Twin.

This thing is still going to look huge - it's just going to look fatter and less elegant now. Not really a win for the area. With all of the proposals along Yonge between Rosedale and St Clair they're going to have to learn to be able to live with a minimum of 10 floors. 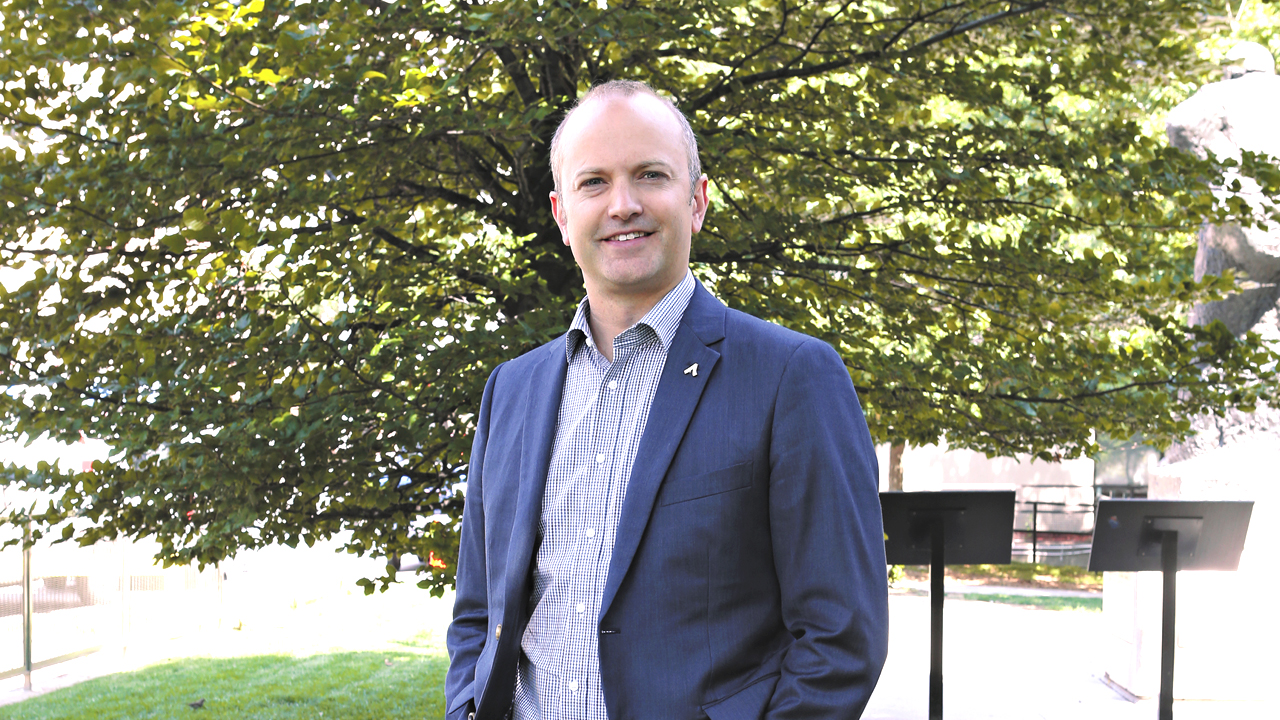 The settlement for 1134-1140 Yonge St. includes lowering the height of the building from 13 storeys to 10 and securing an extension to nearby Ramsden Park. City council voted on May 11 to approve the negotiated settlement that will be presented at an upcoming Ontario Land Tribunal (OLT) hearing.

The Rosedale building currently on the site dates back to the 1930s and has been home to Staples, a CBC studio and a Pierce-Arrow car dealership. It features historical arched windows on the ground floor that will be brought back to life by developers Devron Developments and Constantine.

Park levy money gained from the deal has been used to purchase a property along Avenue Road that will expand Ramsden Park to the street to make it more visible and accessible, according to local councillor Mike Layton and ABC Residents Association president Ian Carmichael. The park’s expansion was not on the table prior to this application, Layton said.

ABCRA has been negotiating with the developers for about two-and-a-half years since the proposal was first submitted in 2020, and Layton said the association has been “in the driver’s seat” throughout that process.

The negotiation included keeping the number of units originally proposed, 66, roughly the same as the height was lowered to 39.5 metres, as well as a substantial setback from the historic facade to allow appropriate transitions to nearby properties.
Click to expand...