Very nice. I hope the shadow boxes will be executed as shown in the first rendering and not v/e'd as back-painted spandrel panels.
D

I'm surprised to see people celebrating this outcome. The new heritage setback rules are - in almost all new comparable projects - leading to awkward setback levels above dinky/short podiums and awful unit layouts in the 'reveal' levels of towers where the ~10m heritage setback is required. It results in an uncomfortable urban condition and ultimately, a massing that is senseless - it's not doing any more dignity to heritage buildings. It's almost pointless* and it makes the architectural concept suffer.

I'd prefer a tall streetwall over this sort of weird massing that results from endless back-and-forth with planners as opposed to a clear urban design intent. Our planning system needs to get over its blanket-legislation for urban design and heritage issues, including this 10m heritage setback nonsense. You can't treat every architectural or urban design project using the same dimensions - it's like trying to treat every medical condition with the same prescription.

More specific to the project at hand: the last iteration was a much more dynamic urban composition with the taller podium/streetwall condition. It provided better activation to the street by nature of the density within the podium that lined Richmond Street. It responded to the fact that the site is a corner lot by addressing it with greater building bulk at the corner. It too had common terrace spaces atop the podium, but they were brighter and less buried than those of the new iteration.

The caveat about curtainwall/soffit materiality is nothing special to this project or the settlement; that is becoming a common requirement from Toronto planners for SPA approval; that's one thing I am happy to see the planning department cracking down on, because it actually has the end result of a better architecture.

* Unless you think towers hoisted over tiny heritage-facade podiums = good, and towers that have a coherent streetwall condition and integrated heritage = bad.
Last edited: Aug 15, 2018

(Not really an) update from Fortress: https://fortressrealdevelopments.com/projects/peter-richmond/

August, 2018
A council decision on the zoning for the subject site is expected later this summer.
Click to expand... 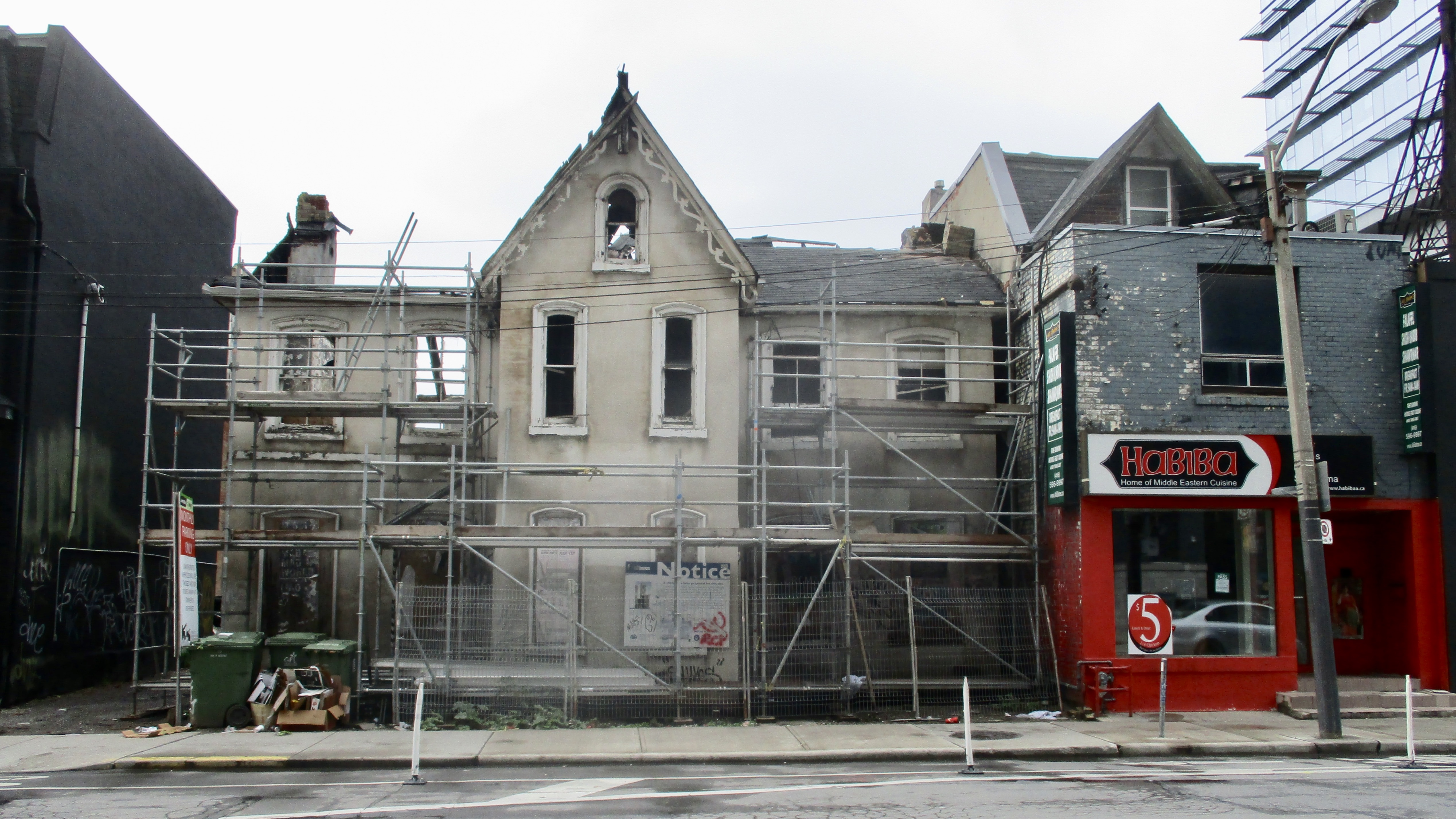 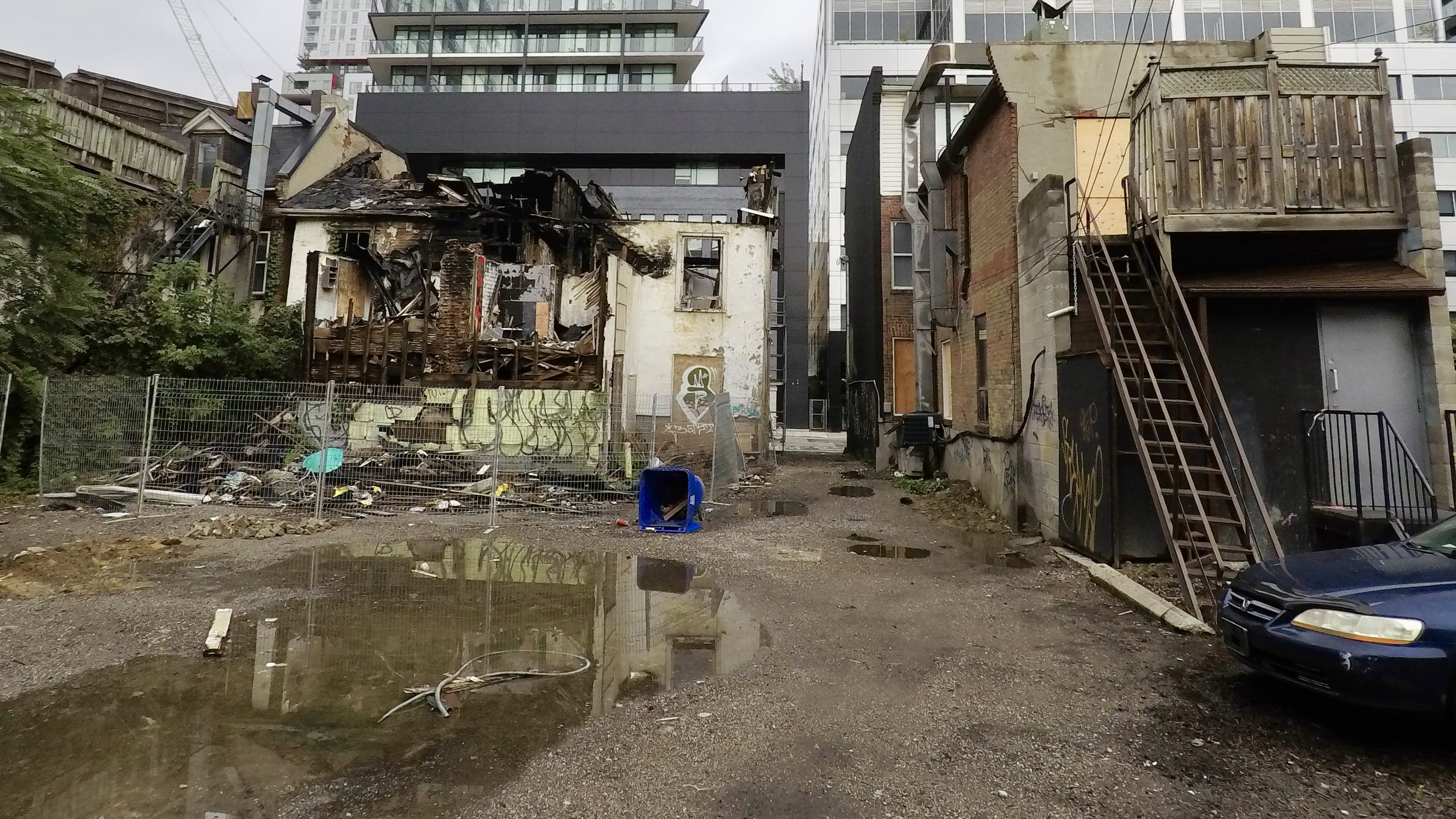 its already on sale?

http://instagr.am/p/BsgR_UXn3yb/
RESPECT- NOT FOR EVERYONE Jesus christ folks. I get that there's many interfering elements in this but that is simply poor.
Twitter
D

Great architecture doesn't emerge from hearing processes - it puts extreme time pressures and demands quick turnaround time. Redesigning a complex urban project on a site such as this cannot be done overnight, but I would be willing to bet money that the designers were under those sorts of turnaround times.

Hopefully this project is not actually in sales yet and there is time to tweak and refine.

Can that house get knocked down or something? It looks so ridiculous underneath that towering skyscraper.
L

Keep the house. Knock down the Condo!
T

holographic plastic said:
Can that house get knocked down or something? It looks so ridiculous underneath that towering skyscraper.
Click to expand...

This is the city’s way of holding onto the last bit of “character” left. I find it looks ridiculous.
Y

I’d much rather the preservation of that house than the inevitable black/grey glass prism treatment the podium would get otherwise (just look at what we are indeed getting in the eastern corner of this building). I’ll take variety and texture to the street level over another monster facade, thank you.

Yegger said:
I’d much rather the preservation of that house than the inevitable black/grey glass prism treatment the podium would get otherwise (just look at what we are indeed getting in the eastern corner of this building). I’ll take variety and texture to the street level over another monster facade, thank you.
Click to expand...

Well it’s a good thing you aren’t in charge of urban planning for Toronto then.

Larger version of a newer render: 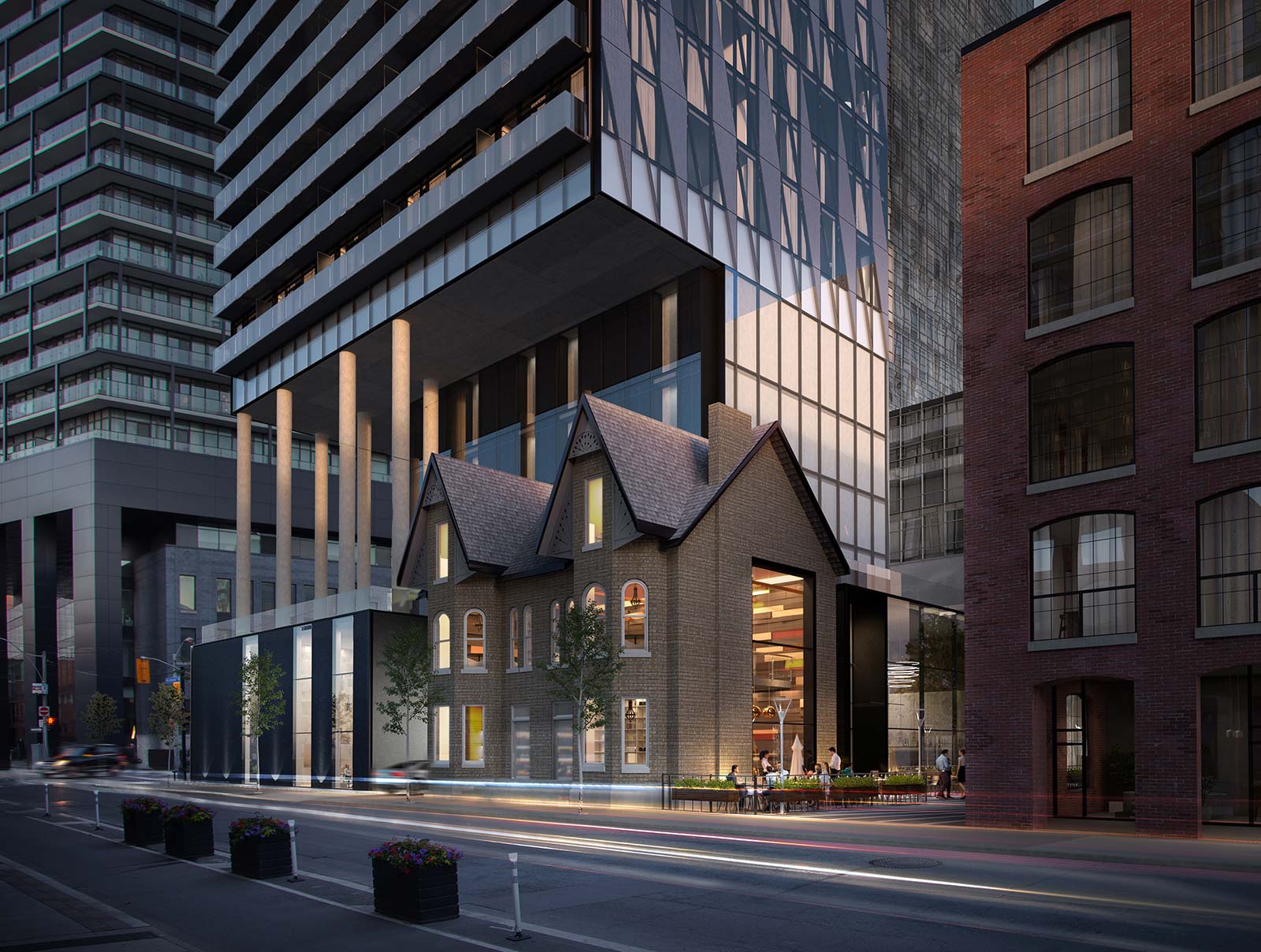 Also, they're making quick work of the existing tenants. Put into arrears over $3k missed rent.