Lenser said:
Aura has a much worse case of it than this one, but I know what you mean. Aura was a wasted opportunity. I can't see ever warming up to its massing.

With Concord Sky, it too has some weird add-ons that visually muddy up the waters. Its cladding is going to be crucial if it's to look half-way decent.
Click to expand...

I actually don't mind Aura, at least the upper half. The lower you go the worse it gets.

As for this particular project, this is not only the worst version of anything they've proposed for this site, there seem to be some simple changes they could make to end up with a decent tower. Hopefully they happen.
O

It would look better in the skyline if the taller side faced north/Aura, so that both towers relate to each other across the intersection, rather than the taller brother standing in line with its back to the shorter brother.

My problem lies with having to split up a building into fractions in order to achieve "liking" any of it! I agree, Aura's lower half is the offending one. Graceless.

travis3000 said:
At least they are adding EV chargers. Im happy the builders are doing this now.
Click to expand...

I believe Concord offers that standard now for all projects. Oof...it's going to take me a lot to like this building. And even that's presuming the materials they'll use will be somewhat decent. /sigh
Quadruple "A" geek: Architecture, Azeroth, Anime, Aphex Twin.
T

UtakataNoAnnex said:
Oof...it's going to take me a lot to like this building. And even that's presuming the materials they'll use will be somewhat decent. /sigh
Click to expand...

Just only look at it at night

It's going to come down to execution and quality of materials, assuming it's built as the photo above. Now if they cheapen out when construction starts, as has happened on other projects, we will have a visual trauma for our lifetimes.
Sounds dramatic doesn't it.

A friend of mine checking out finishing progress at Panda just sent me this, and I thought it'd be worth sharing the state of the Concord Skyhole with everyone. interchange42 said:
A friend of mine checking out finishing progress at Panda just sent me this, and I thought it'd be worth sharing the state of the Concord Skyhole with everyone.

It's almost perfect for snowboarding!

Concord picked up the pieces of the aborted YSL Residences project last May and within a year of acquiring the project it was able to commit to restarting construction this month.

Concord vice-president of marketing Isaac Chan noted most of its residential projects are in the 30- to 50-storey range with the 79-storey Concord Canada House in Toronto’s Concord Cityplace representing its tallest tower to date. Concord Sky is new territory.

“We’re happy to be working on a project like that, but it is of quite a scale and it comes with a lot different set of considerations, whether that be managing costs or managing construction schedules and timing,” said Chan, noting the financial troubles encountered by original developer Cresford serve as a cautionary tale for projects of this size.

---------
Concord Sky will reach 299 metres, becoming one of the top three in Toronto upon expected completion in 2026, with a 10-storey mixed-use podium, 1,100 residences, 20 specially programmed elevators and 100-per-cent EV parking infrastructure.

---------
Sales were launched in January and Chan noted that typically developers wait until they have perhaps 75 per cent of sales confirmed before committing to a start of construction. Concord is well enough financed that they can commit to launching the build right away, and that has advantages, he explained — by holding on to some inventory, they can adjust the sales prices later on if warranted.
Click to expand... 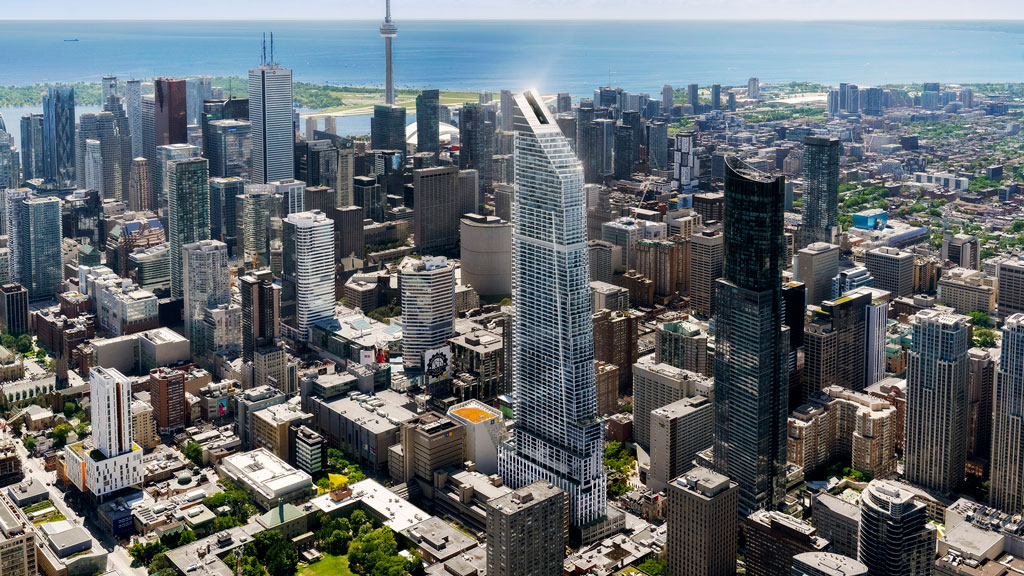 Developer Concord Adex is highly familiar with the challenges involved in developing highrise residential projects in Toronto but its latest build, the 95-storey Concord Sky set to rise at Yonge and Gerrard, represents a whole new set of calculations. Co

But like what if it just doesn't... Wouldn't that be dandy?
T

"noting the financial troubles encountered by original developer Cresford serve as a cautionary tale for projects of this size."

TossYourJacket said:
"noting the financial troubles encountered by original developer Cresford serve as a cautionary tale for projects of this size."

And here we find the justification used for them to completely cheap out on the project
Click to expand...

Yet it wasn't just that drove Cresford into the ground, it was more mismanagement. Least from what I gather...as other companies doing the same with more competence fared batter. So no cheaping out!
Quadruple "A" geek: Architecture, Azeroth, Anime, Aphex Twin.
B

22-02-2022 suppose to be finishing stages on this date for this tower (according to previous Cresford plan) but unfortunately till yesterday it still looked like Concord Ice instead of Concord Sky. But this morning construction machines start arriving at Concord Sky site.