The building had a tremer and was shaking prior to the fall.

If that was an attempt at humour...........I think it was probably a bit soon.
An environmentally conscientious, libertarian inclined, fiscally conservative, socialist. 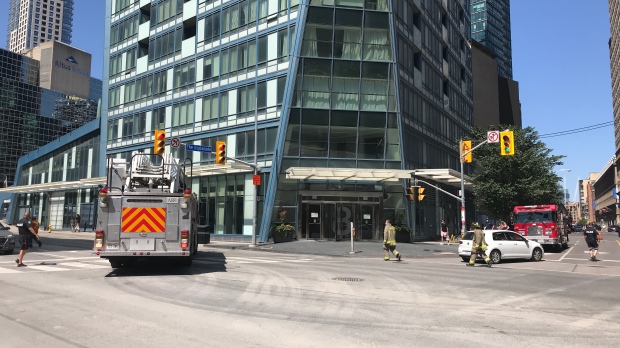 No one was injured after a service crane on the roof of a downtown Toronto building collapsed Saturday afternoon.
toronto.ctvnews.ca
N

No one was injured after a service crane on the roof of a downtown Toronto building collapsed Saturday afternoon.
toronto.ctvnews.ca
Click to expand...

Huh? What? None of this makes sense yet. Meanwhile, get the city all shored up!!!

That doesn't make much sense taken at face value - the BMU is located at the top of the building, which is much higher than 20 feet. Perhaps they meant the counterweight landed on the roof, presumbly went through it and fell an additional 20 ft? I hope it didn't hit any part that is of particular heritage value.

The weight fell from the crane and landed on the buildings lower roof level.

From the top part here to the lower part. This is what cause the "earth quake" 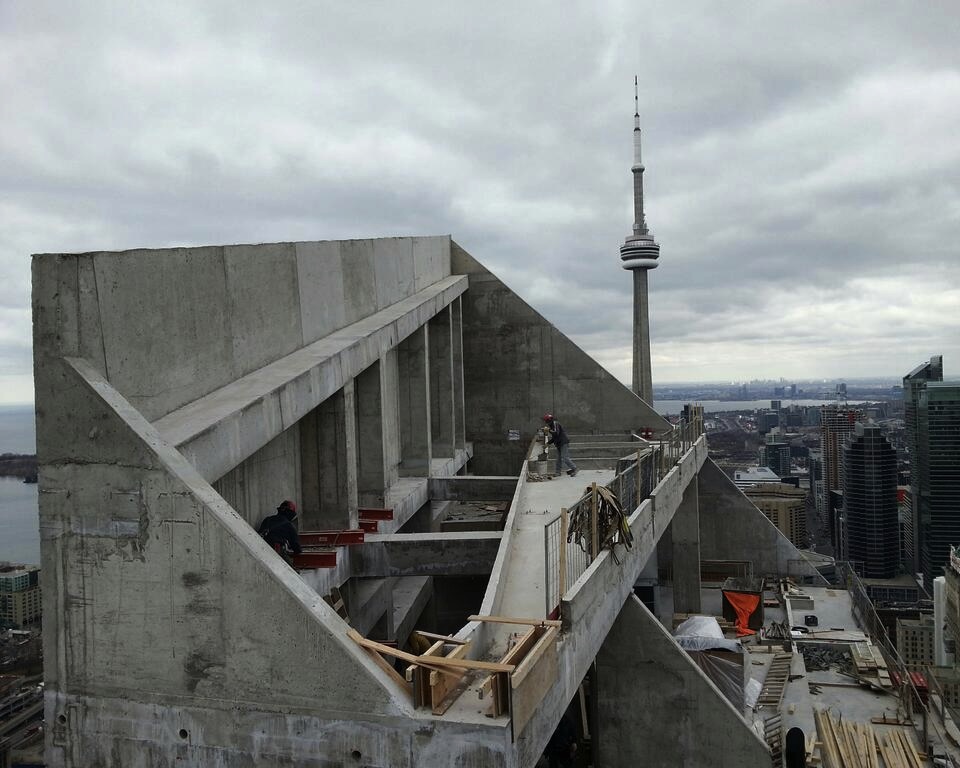 interchange42 said:
Huh? What? None of this makes sense yet. Meanwhile, get the city all shored up!!!

Which crane could this be? Did the one at 158 Front take wing as it was being removed?

Oh, thanks @Northern Light. - the poorly built L-Tower's own crane! Explains it all!

Replying to @TPSOperations
SEE FIRE: UPDATE The Esplanade + Yonge St - the roads are now open in the area
@Toronto_Fire is o/s - the damage from the crane counterweight is contained to the condo tower at 8 The Esplanade, no residential units have been damaged - the Arts centre has not been damaged ^lb

"A crane on top of a building collapsed in downtown Toronto Saturday, causing “significant damage” to a condo tower, Toronto police said.

Toronto police and fire crews responded at the scene at 8 The Esplanade, also known as “the L Tower” in the Yonge Street and The Esplanade area just after 2 p.m.

The damage seemed to be limited to the top six floors of the skyscraper, “which are all mechanical, so no residences have been damaged,” Toronto Fire District Chief Stephan Powell told the Star.

“We’ve been incredibly lucky,” he said.

Buldings in the area were evacuated and two crane workers initially unaccounted for were located safe, police said.

The roof of the building appeared to be holding the weight and there was no fear of collapse, police said in a tweet posted 30 minutes into their response.

The condo building is attached to the City’s arts venue, Meridian Hall, but there was no indication of damage to the venue, Powell said.

After closures, police said roads were reopened just before 4:30 p.m. and Toronto Fire were on scene."
See: https://www.thestar.com/news/gta/20...d-in-crane-collapse-on-downtown-highrise.html

interchange42 said:
So is this the BMU at the top of the L Tower that has failed? And why are the police so clueless when it comes to properly describing this stuff??

I think it's the media myself. As they don't seem to know what a BMU was even if it where to climb down the building to bite them in the arses.


kris said:
The weight fell from the crane and landed on the buildings lower roof level.
Click to expand...

*Am I to presume the lower roofs of the podium structures?