kamira51 said:
Speaking of NDP, have they posted their platform yet?
Click to expand...

They released some aspects of it, but not the whole thing. Their Housing plan is a good read.

^ I'll email the contract listed and report back.

hawc said:
So the Porsche dealership at Front & Parliament was expropriated for the Ontario Line.

They've relocated to Parliament and Lakeshore.

Pretty crazy because they just finished a $7M renovation on the place last year and now the whole building is just going t be demolished.

Wonder how much it cost the government to buy it.
Click to expand...

Weird. They just re-sealed and repainted the parking lot a month or two ago. Surely they knew they would be moving. Why bother?

One Atlantic Avenue is about to disappear for Ontario Line Early Works at Exhibition Station. The billboards are down, and the hoarding is up. This is good news, I'm not pro-Ford at all but the more work we can get done on this before next election, the better.

The demolition permit for the building was submitted November 23 but has not yet been issued according to the City's website. I imagine it'll be issued soon.

Notably, permits were also filed in September for the new temporary Exhibition structure that has been detailed in this thread before. That permit is listed as "examiners notice sent".

Notably, there are also demolition permits filed for the Porsche and Nissan Dealers as well as the Staples and Budget Rent-a-car at Corktown Station and those have actually been issued. Expect those demolitions to start very, very soon.
Last edited: Jan 4, 2022

ShonTron said:
One Atlantic Avenue is about to disappear for Ontario Line Early Works at Exhibition Station. The billboards are down, and the hoarding is up.

^ sorry that was a typo. Meant to say "haven't". Post updated.
T 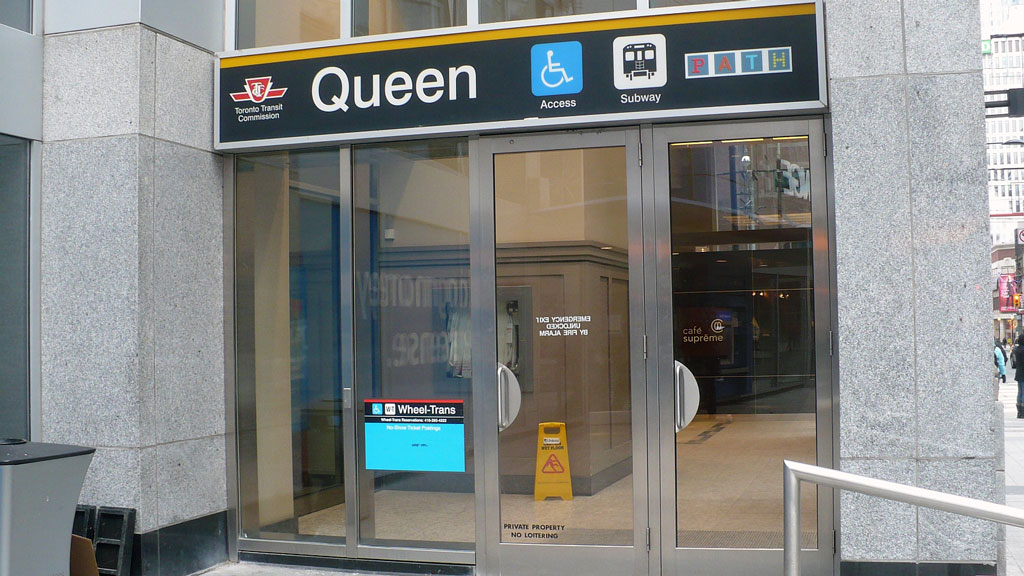 The City of Toronto is bracing for a blitz of new work starting imminently as Metrolinx and Infrastructure Ontario (IO) continue to move aggressively on construction of the Ontario Line. On Dec. 16 Toronto City Council approved a plan to deal with eight

Metrolinx will also be facilitating TTC installation of additional streetcar tracks on York Street to provide a detour for the TTC Queen 501 streetcar during construction of the Queen station.
Click to expand...

A little off topic, but did this need an EA? If not, why can't we just get building additional streetcar trackage elsewhere in the City

turini2 said:
A little off topic, but did this need an EA? If not, why can't we just get building additional streetcar trackage elsewhere in the City
Click to expand...

there are certain qualifiers that trigger EA requirements - a small ~150 metre single track in an existing vehicle lane isn't going to trigger an EA like a new LRT line across multiple km with road widenings, property requirements, etc.

The impact is just too minor here, especially with Ford's changes to the EA act which exempt a lot of smaller projects from EAs now.

The TTC is also re-laying streetcar tracks basically right across Adelaide this summer without an EA between Charlotte and Victoria, though much of that is restoring old tracks.

Also, the exhibition demolition permit is now listed as "issued" on the city's website.

innsertnamehere said:
Also, the exhibition demolition permit is now listed as "issued" on the city's website.