Does this belong in here?

Site Plan Approval Application for a roof top bar addition on the 6th floor of the Bloor Yorkville Marriott Hotel, the bar will be accessed by an exterior elevator from the ground floor. This application will not change the overall building envelope, residential unit numbers, or hotel room count.
Click to expand... 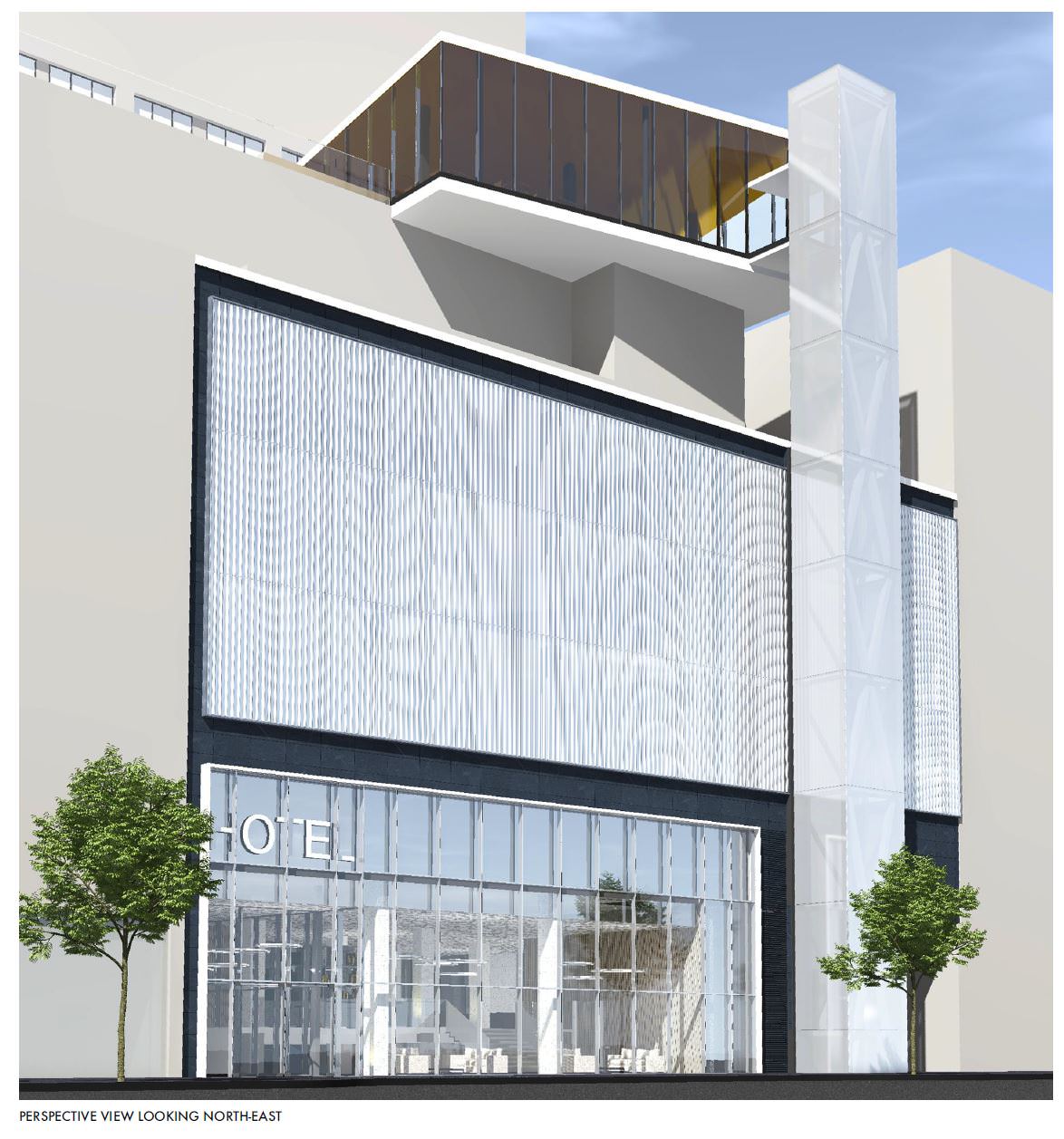 The new elevator shaft looks really intrusive to the sidewalk, even though it is within the property line: In case you were thinking that stretch of Bloor East couldn't be any worse...
N

ChesterCopperpot said:
Does this belong in here?

Is the existing lay by a vestige of the Bloor streetcar stop? Maybe section 37 funds can be used towards its removal. Eventually the property setback will be filled in with more than an elevator.
got some ice to sell you

It also seems to be very close to the hotel's/Hudson's Bay Centre parking entrance.

Have heard a rumour that the Marriott is being converted to a W Hotel.

Demolition/construction started in 1973, the mall, The Bay, hotel, apartments & cinemas opened in late winter/spring 1976.
Our roads are not here for automobiles. Our roads are here for people to get around. - Michael Bloomberg, Mayor of New York City - July 10, 2012

Original photographic images posted on this forum by dt_toronto_geek are not for publication, display or dissemination of any kind except on the Urban Toronto discussion board, altered or otherwise, without expressed written permission from the owner.

There. Fixed it for you.

While the rework of the entrance and elevator shaft may not be the prettiest thing ever, this is a damn eyesore of a building. It’s an uninviting, unremarkable and formless concrete bunker with split-level entrances that make little sense and are a serious barrier to entry (there are six commercial entrances, only one of which is accessible). You cannot enter this building without using stairs, all for no discernible reasoning. The middle Hudson’s Bay-only entrance is an enormous waste of space. The easterly entrance under Metisse is a similar waste that only serves as a shadowy shelter for asshole smokers who choose to ignore the signs (and laws) about not smoking within 9m of an entrance.

If it were up to me, the entire Bloor side would get ripped off and replaced with mixed concrete/glass and all entrances would get a serious rework.

As it is now, the only praise it’s worthy of is “best place in Toronto to survive a zombie apocalypse”.

If it were up to me, the entire Bloor side would get ripped off and replaced with mixed concrete/glass and all entrances would get a serious rework.

As it is now, the only praise it’s worthy of is “best place in Toronto to survive a zombie apocalypse”.
Click to expand...

Easy to agree. There have been a couple of "crayola" ideas to bring down the wall but nutin' real yet. Maybe get a decent Gehry make-over while we can (ala AGO) ... given the quicksand pace of the "jewel" project on King (sorry Frank).
Thank you UT photographers.
LINK: Future SKYLINE render (updated November 8, 2020)

It's a shame that the concrete 70s bunker that actually worked — the Manulife Centre down the street — is the one being gussied up with glass. Meanwhile this mistake continues to blight Yonge and Bloor, getting shabbier with each passing year.

Heard an interesting rumour that plans are afoot to rebrand this Marriott as a W Hotel. Can't reveal the source, but they are pretty connected...

edit: oops just noticed that ardworld1 already reported this in April... so now there are "multiple rumours"
When I'm not on UT, I am a Mississauga real estate agent ....check out my site here!
D

There appears to be an SPA as well as a CofA application in. These were the renderings included in it