I've had enough of this from everyone here.

I mean the simple fix is just educating yourself before saying something blatantly wrong or incorrect, or just not saying anything at all when it's a topic you don't know much about rather than just up and deleting your account.

It's not difficult to be a constructive contributor to conversation

On a different note, I'm wondering if @kEiThZ could offer any insight on the reluctance to send more advanced and capable air defence to Ukraine to secure critical infrastructure.

If there was ever a time it would be now, these defences would be way behind the frontlines, the risk of capture would be virtually zero and they're of critical importance. I really don't understand what the hold up is.

Bjays92 said:
On a different note, I'm wondering if @kEiThZ could offer any insight on the reluctance to send more advanced and capable air defence to Ukraine to secure critical infrastructure.
Click to expand...

What air defence systems are available have been sent. Not much else can be immediately available. But by late winter or early spring 2023, Ukraine's airspace will be comprehensively defended by NASAMS, VAMPIRE and other air defence systems, and the AFU's offensives will be backed with GLSDB, ATACMS and dozens of new rocket and gun artillery systems (firing Excalibur GPS munitions) from the West, all supported by the latest drones. By then those Russians who didn't freeze to death over winter will be armed with nothing of the sort. Russia is doomed.
https://twitter.com/AdmiralBeez
Trending #BlockedInToronto on Twitter.
K

Honestly, I suspect a lot of it is some combination of handing over advanced technologies (can't given them PAC 3 or THAAD). And a general shortage. A lot of NATO militaries substantially cut back on air defences during the GWOT-era. Canada, for example, has zero ground based air defence capabilities. And we have zero plans to even field anything beyond very short range tactical systems.

kEiThZ said:
A lot of NATO militaries substantially cut back on air defences during the GWOT-era. Canada, for example, has zero ground based air defence capabilities.
Click to expand...

Hopefully the West will learn from this.

What is the war in Ukraine teaching Western armies?

It shows the importance of dispersal, firepower and stockpiles

The CAF has a project for GBAD.

However, this project completely ignores the proliferation of drones and loitering munitions to the tactical level. Also ignores theatre level threats like hypersonic weapons. Remains to be seen if projects like these get a reboot in the upcoming defence policy update.

Several people have been killed in explosions at two Russian military airfields, according to reports.
A fuel tanker exploded killing three and injuring six in an airfield near the city Ryazan, south-east of Moscow, Russian state media is reporting.
Another two people are reported to have been hurt in an explosion at an airfield in the Saratov region.
It is not known what caused the blasts. Both areas are hundreds of kilometres from the Ukrainian border.

Long-range Russian strategic bombers are believed to be based at the Engels airbase in the Saratov region.
The Saratov regional governor said security forces were checking what he called "reports of an incident at military installations".

These reports - of two explosions at two different military sites - will fuel speculation that Ukraine may be behind them, the BBC's Russian editor Steven Rosenberg says.
K

The Russians have just banned another 200 Canadians, any idea where one can see who is being banned? (Clearly, it's a mark of honour!)

Russian President Vladimir Putin continues to discuss negotiations with Ukraine as a means of separating Ukraine from its Western supporters by portraying Kyiv as unwilling to compromise or even to engage in serious talks. During a news conference at the Eurasian Economic Union summit in Bishkek, Kyrgyzstan, on December 9, Putin clarified his December 7 statements wherein he suggested that Russia was preparing for a “lengthy” war and stated that he meant the settlement process would be protracted. Putin emphasized that the settlement process will be challenging and take time, and that all participants will need to agree with realities on the ground in Ukraine (by which he presumably means recognizing Russian control of any territories it has annexed), but that at the end of the day, Russia is open to negotiations. Putin also criticized statements made by former German chancellor Angela Merkel that the 2014 Minsk Agreements were an attempt to “buy time for Ukraine” and accused Merkel and the West of propagating distrust in negotiating future settlements. Putin remarked that based on this understanding of the Minsk Agreements, perhaps Russia should have begun military operations earlier. Despite the constant employment of adversarial rhetoric regarding the settlement process, Putin continued to claim that Russia remains open to the possibility of negotiations.
K 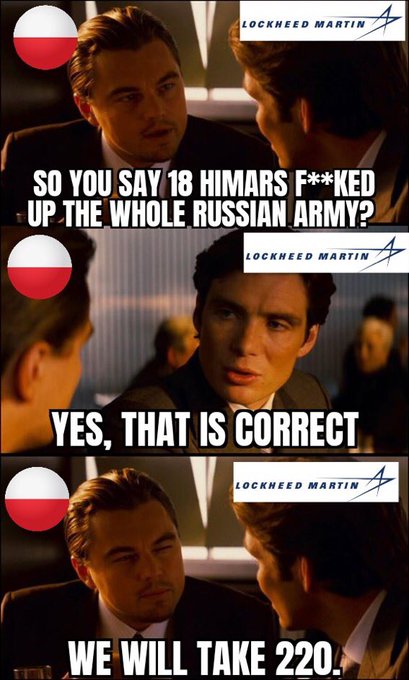 DSC said:
The Russians have just banned another 200 Canadians, any idea where one can see who is being banned? (Clearly, it's a mark of honour!)
Click to expand...

"In response to personal sanctions imposed by Ottawa ... 200 Canadian citizens are denied entry on a reciprocal basis," the ministry said on its website.