You are using an out of date browser. It may not display this or other websites correctly.
You should upgrade or use an alternative browser.
8

maestro said:
We're not building an Entertainment District here either. We are replacing one (a mediocre one that peaked 10 plus years ago) with an affordable, mid range, high density (perhaps too high) residential district within walking distance of a major employment district.
Click to expand...

Loads of people agree that the ED has been sanitized but its name is apt as ever. It's still packed with bars and restaurants, let alone the bulk of TO's major destinations -- TIFF, Roy Thompson Hall, the Royal Alex, Ripley's, the Dome, the Tower, the list goes on.

Also, the Hyatt is the best looking building down here. Put a designation on it.
Click to expand...

Wouldn't go that far, but it's an architectural guilty pleasure for me too, and it's starting to look more appealing against its new grey curtainwall backdrop. Although the street level is still a mess. I at least hope it doesn't get redeveloped until we stop putting up unrelenting walls of glass along King W sidewalks (e.g. its proposed new next door neighbours to the west)

This morning, biking by: 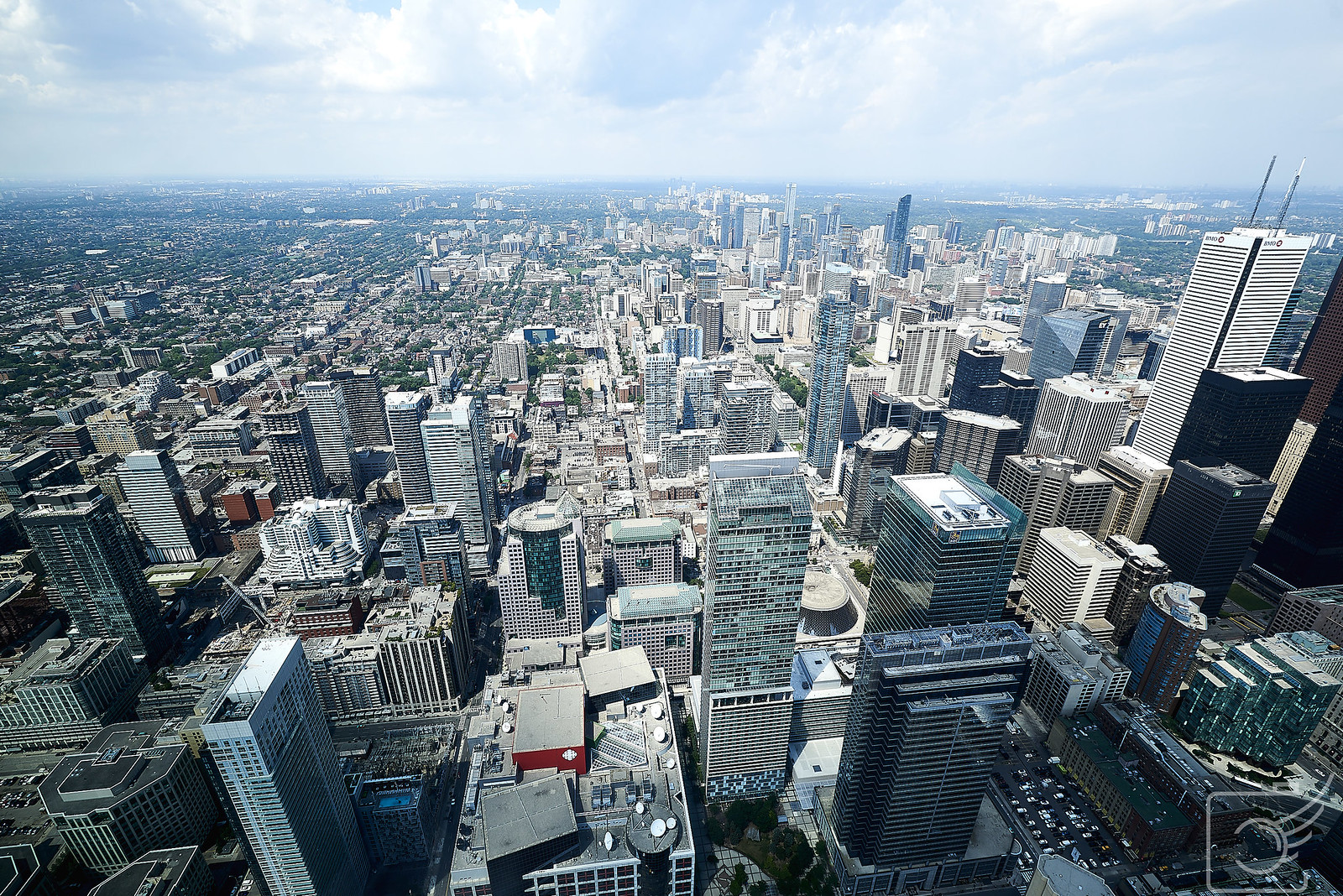 Rather unoffensive tower, technically yesterday I took this off a cell phone.... 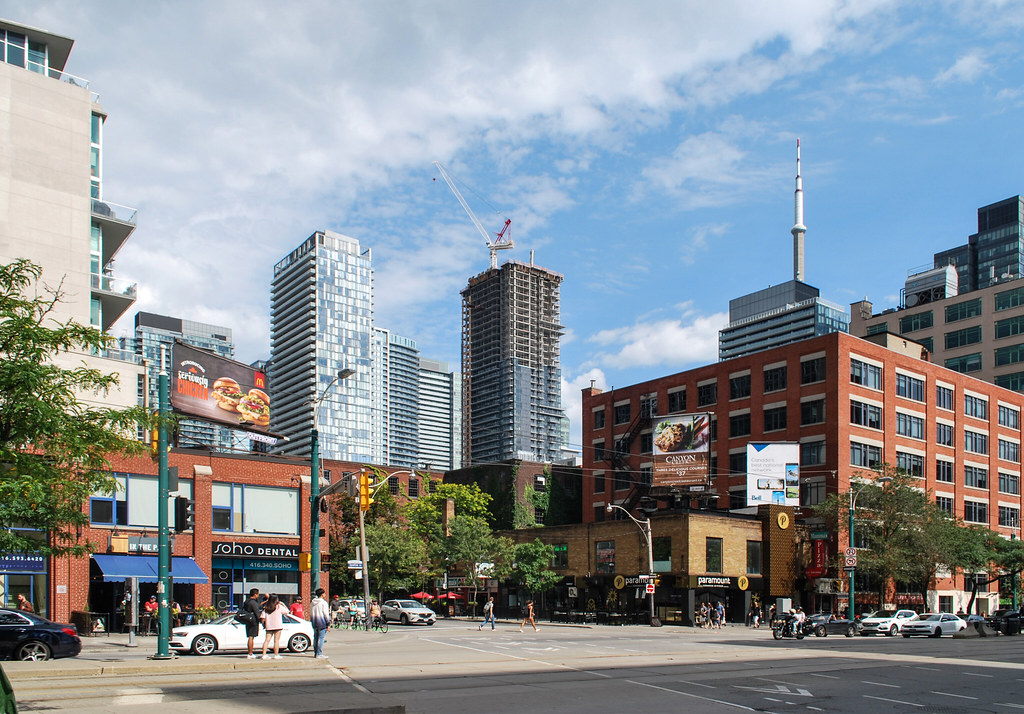 For some reason this bldg. is looking like the tallest in the entertainment district, are we sure on the height?...hehe
T

LMAO at all the buildings being the same hieght. Looks so contrived and unnatural.

really, really don't understand planning's insistence on the 157m height. Even the stuff that comes in slightly over is promptly chopped to 157m.

Yep--agreed about the heights. It just looks blocky and poorly planned. A bit disappointing.
M

Also, the Hyatt is the best looking building down here. Put a designation on it.
Click to expand...

innsertnamehere said:
really, really don't understand planning's insistence on the 157m height. Even the stuff that comes in slightly over is promptly chopped to 157m.
Click to expand...

What exactly would more height really do? The taple top effect will eventually be only seen from a distance with further intensification. You're still going to have the same blocky fat designs and street levels. I'm trying to think of recent proposals. For the most part, they weren't redesigned from skinnier to fattier. They just had their tops knocked off.

BTW, the maximum allowable girth of 8100 square feet is freakin' large. Doesn't help either when squeezed on a slighter large lot.
got some ice to sell you
I

maestro said:
What exactly would more height really do?
Click to expand...

Nothing so planning should leave it alone. None of these were originally proposed significantly taller. This is a case of chopping for the sake of chopping. Absolutely pointless.
M

It's not nothing if it also includes a reduction in density or limit shadowing on a public asset. I agree it doesn't make much sense if its just a redistribution of density to the lower floors to suit an arbitrary height envelope.