bennessb said:
great panoramas! Is this the place that might be named after Harper?
Click to expand...

They are trying to name it after Harper, hope they don't!

Aerial shot of the new International terminal from @neil_zee on twitter 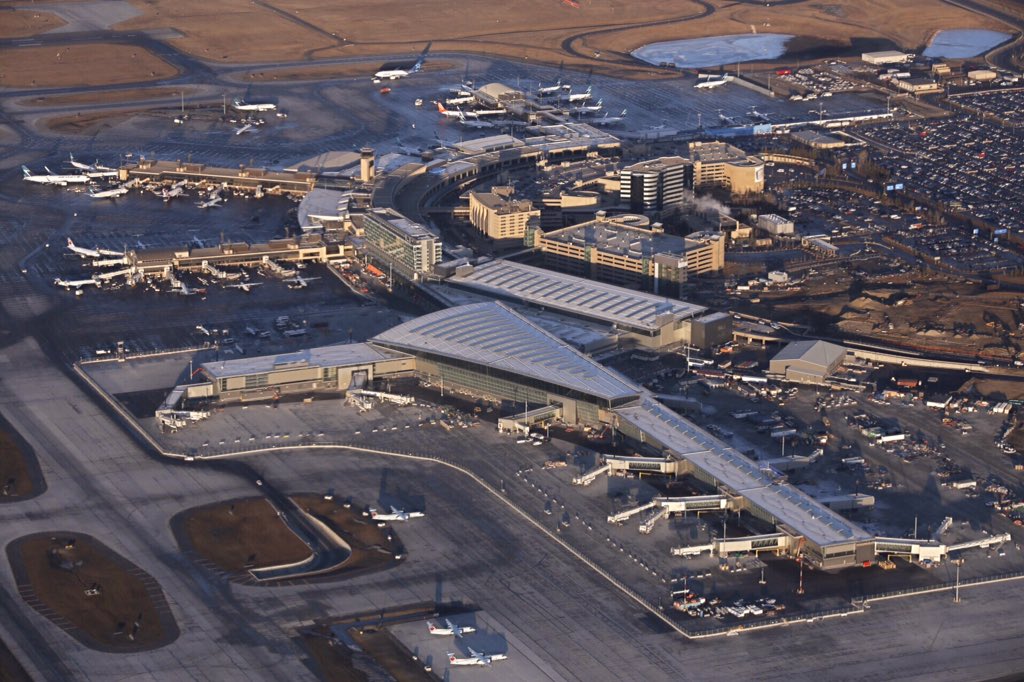 Another New Hotel
Opening in October 2017 will be the Westin Calgary Airport. the hotel will be located on the airport property but it does not appear to be connected to the terminal building.

Marriott Group currently has a merger proposal out with Starwood Hotels (Owners of the Westin Hotels). If completed, the merger integration would happen in late 2017-2018 timeframe. It will be interesting to see how the combined Marriott, group will handle three full service hotels in the same airport.

YYC Link is the new name for the compact transport system.

Airport Authority will commission a new noise impact study for West Calgary residents who currently have issues with the down wind segment of the North parallel arrivals STAR.

Current 10 degree deviation on the new runway implemented last year. Airport is exploring transitioning to a 5 degree turn to lessen impact on residents in the NE.

Airport clarified that 10 degree turn is only for south departures, there is no change to north departures. Skyview Ranch community probably located in wrong spot according to airport.

LRT to the Airport.
Airport will preserve the right of way for the LRT to come into the terminal complex. The LRT right of way would allow for the train to go onto an elevated guideway coming from Airport Trail/Barlow intersection to the terminal complex. The implementation time and cost of the LRT link will be determined by City administration and paid for by the city.

Finally the airport authority to host discussions with City Councillors to discuss number of topics.

Another hotel on the airport premises! Hotel business must be hopping.

Another aerial shot of the Airport Surrealplaces said:
Another aerial shot of the Airport

Spiffy. I hardly recognize it. I can't wait until there's a train station there too.

Is that the Westjet Campus in the foreground?

I have to admit it was nice using the CTA service to the Airport when I was in Chicago recently. It would be nice to have that here.

Interesting videos about the new terminal