animatronic said:
She'll reach back into her deep Jewish history and persevere.
Click to expand...

I will try to take a pic next time I am walking to the bus.
Click to expand...

Based on the comments in Renata's lawsuit and Doug's inability to do anything subtle, it seems pretty obvious that Surma was likely 'working' for DECO while she was out of a job and campaigning full-time.

History is repeating itself with Doug Ford.

Rob Ford’s widow sues Doug Ford, alleging he has deprived her and her children of millions

...She also alleges that Doug and Randy “never took reasonable steps” to implement a business plan, and that he improperly hired friends and family to work at Deco, though they were “not qualified.” Although she provides no details, Renata also alleges in her suit that Doug and Randy have “negligently mistreated and unreasonably dismissed employees” who suggested ways to make Deco profitable again.

“Neither Doug Ford nor Randy Ford have the education and business ability to justify their employment as senior officers of Deco,” she alleges, adding that they carried out numerous “ill-advised acquisitions” of businesses and assets in New Jersey, Chicago and Ohio.

“After deciding to devote himself primarily to politics and other interests, Doug Ford nevertheless maintained his position as an officer and director of the Deco Companies, and arranged to continue to receive very extravagant compensation, notwithstanding that the businesses were losing money.”

The statement of claim estimates that through Doug and Randy’s use of their late father’s estate funds to prop up the Deco business, Rob Ford’s estate has been deprived of about $5 million....
Click to expand...

MODS. Is there any reason the (closed) poll keeps on showing up at top of every page? It had 22 votes so of absolutely no significance ......

The federal government's carbon pricing scheme is constitutionally sound and has the critical purpose of fighting climate change, Ontario's top court ruled in a split decision on Friday.

To the delight of environmental groups, the majority of the Appeal Court agreed with Ottawa, rejecting any contention the carbon levy is an illegal tax.
"They are regulatory in nature and connected to the purposes of the act," Strathy wrote. "They are not taxes."

Cutting greenhouse emissions cannot be dealt with "piecemeal" and must be addressed as a single matter to ensure its efficacy, the court said. "The establishment of minimum national standards does precisely that." 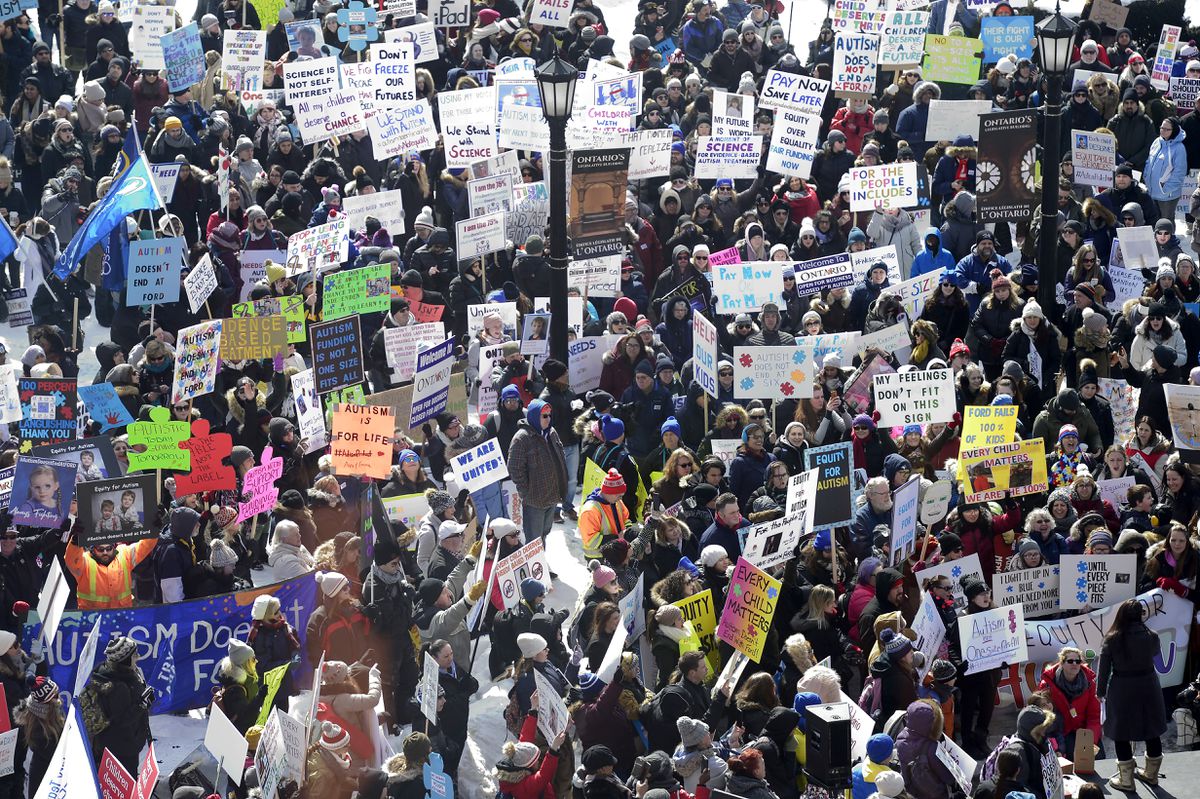 Report calls for a 'full reset’ of the program, saying the Progressive Conservatives made ‘unverified’ and ‘likely inaccurate’ assertions to justify its new funding model
www.theglobeandmail.com

DSC said:
MODS. Is there any reason the (closed) poll keeps on showing up at top of every page? It had 22 votes so of absolutely no significance ......
Click to expand...

My thread but I can’t delete for some reason. Can do these more often if wanted and if PinkLucy is ok with deleting them.

It's just a click, I just got so used to seeing it that I no longer paid attention but easy enough to delete

Report calls for a 'full reset’ of the program, saying the Progressive Conservatives made ‘unverified’ and ‘likely inaccurate’ assertions to justify its new funding model
www.theglobeandmail.com
Click to expand...

I wonder if it is a planned "leak" - on a Friday afternoon before a long weekend especially.

"Ontario is disappointed that the Court did not accept Ontario's position that the federal carbon tax is an unconstitutional tax," said Premier Doug Ford. "We know, as do the people of this province, that the federal government's carbon tax is making life more expensive for Ontarians and is putting jobs and businesses at risk. We promised to use every tool at our disposal to challenge the carbon tax and we will continue to fight to keep this promise."

"Ontario will be appealing this decision to the Supreme Court of Canada. Ontario doesn't need a carbon tax to address climate change."

Thinker said:
She'll hang on... as long as she's allowed to shop and he's paying the bills. Maybe she's content that Doug is dining elsewhere.
Click to expand...

The latter I can believe. The former...it depends, doesn't it? I can appreciate her enjoying her (no doubt) lavish lifestyle as long as hubby's little indiscretions are quiet and easily ignorable. That ain't the case here, with the media finally giving airplay to Thuggie's naughty shenanigans. At this stage, it's like he's rubbing her face in it. I can't imagine her liking that.

Remember when we were all speculating as to how well DECO was really doing? Some of us figured it was very likely that Dofo badly needed the salary he'd be getting from being Premiere. If things really aren't all that glittery at Casa Del La Ford money-wise, isn't it possible she'd be waiting for just such an opportunity to pounce on to take her jackass husband to the cleaners through the courts? And here he's handing her just such a chance on a veritable silver platter.

adma said:
Back in his municipal days, weren't there once so-fleeting-you'd-miss-them rumours of DoFo and teen hookers? (sic).
Click to expand...

I remember rumours that in addition to the crack video there was video of Rob with underage girls. But I don't recall anything about Doug unless the rumours were misattributing the crime to the higher-ranked Ford.
A

toonderly said:
I remember rumours that in addition to the crack video there was video of Rob with underage girls. But I don't recall anything about Doug unless the rumours were misattributing the crime to the higher-ranked Ford.
Click to expand...

That, I know about. But I thought there earlier had been something re Doug--if uttered-and-quickly-stowed-away. Not in the sense of an actual *video*, but just his having "a habit". (And I'd imagine Doug's pathologies to be more "commonplace" than Rob's, i.e. any girls he'd be with might as well be Backpage-style "barely legal", or Marcella Zoia-style sugar babies. Which might not too far from Kinga's role, come to think of it.)
You must log in or register to post here.
Share:
Facebook Twitter Reddit Pinterest Tumblr WhatsApp Email Share Link