generalcanada said:
is that thing even happening. seems like that things ben in development approval hell for years
Click to expand...

TY for making me look.

Union Centre decision was issued (conditional approval) by the OLT on January 11th, 2022.

I will post the details in that thread.
An environmentally conscientious, libertarian inclined, fiscally conservative, socialist.

Northern Light said:
I'm not sure of the current plan; but MLS and RBP locations were, in many respects, replacements for the old Union Station LCBO which closed.

Given that Longos in MLS has added wine and beer to its offerings in recent years, I wouldn't be surprised to see at least one of those 2 folded.

I think that will depend, in part, on what other supermarkets appear in the area, and whether they too offer beer and wine.
Click to expand...

Remind where the old Union Station LCBO was? Was it across from the McDonalds? I recall it being the size of a shoebox.
N

mjl08 said:
Remind where the old Union Station LCBO was? Was it across from the McDonalds? I recall it being the size of a shoebox.
Click to expand...

That's about right. It was in that row of stores, opposite side from McDs; can't remember the exact position. (whether it was opposite McDs or the luggage place etc.)

Northern Light said:
That's about right. It was in that row of stores, opposite side from McDs; can't remember the exact position. (whether it was opposite McDs or the luggage place etc.)

The LCBO was opposite this forgotten gem (or just east of this?) as I recall.
As an aside, I know WVRST is quite hip and everything, but I really do miss the grit of this place. Some fascinating characters drinking (and smoking!) at the bar. 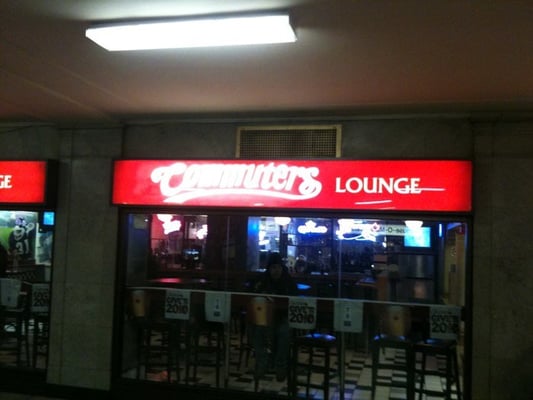 trtcttc said:
Yea I think that’s why the only two spaces with real work happening at Bay Concourse are Sephora and TD. Whereas the smaller companies are probably trying to hold off. I remember an Arabica (%) coffee was supposed to be at the NW corner but haven’t seen any construction.
Click to expand...

Decathlon and Queenston are also being built in the Bay Street Promenade.
D

https://flic.kr/p/2mXjdKu
Just looking through these now, are there any images/information on the full length all glass train shed concept?

Cinnabon is coming back.

What we really need back in Toronto is Saint Cinnamon!
N

Coolstar said:
Cinnabon is coming back.

From the report: Two items the City spokesperson identified as outstanding that will be done this year.

On the 'Great Hall' resto:

Some more general info on the prospective retail:

As I have previously noted, several announcements should be imminent, but I'm not scooping Osmington; yet, anyway, LOL
An environmentally conscientious, libertarian inclined, fiscally conservative, socialist.
P

Northern Light said:
“We’re trying to provide variety. We’ve got lots of smaller spaces anywhere from let’s say 300 square feet to as much as I think our largest will be a sports bar restaurant that we’ll have just outside Scotiabank Arena that will be 10,000 square feet,” Zucker said.
Click to expand...

Putting a big sports bar/restaurant literally steps away from Real Sports is an interesting choice. I wonder how MLSE feels about that.
G

polesingularity said:
Putting a big sports bar/restaurant literally steps away from Real Sports is an interesting choice. I wonder how MLSE feels about that.
Click to expand...

i mean real sports and even loose moose is jam packed most game days.
E

Once pandemic conditions end, there's plenty of room for another big sports bar. In normal times I wouldn't even consider going to Real Sports to watch a game. It's way too crowded. I do go there in the afternoons sometimes to watch Champion's League soccer, but they always sternly warn you that you have to be out of there by 5 to accommodate the Leaf shirts that start flooding in three hours before the game starts.
A

The concrete barriers will be gone? Hell has frozen over.
M